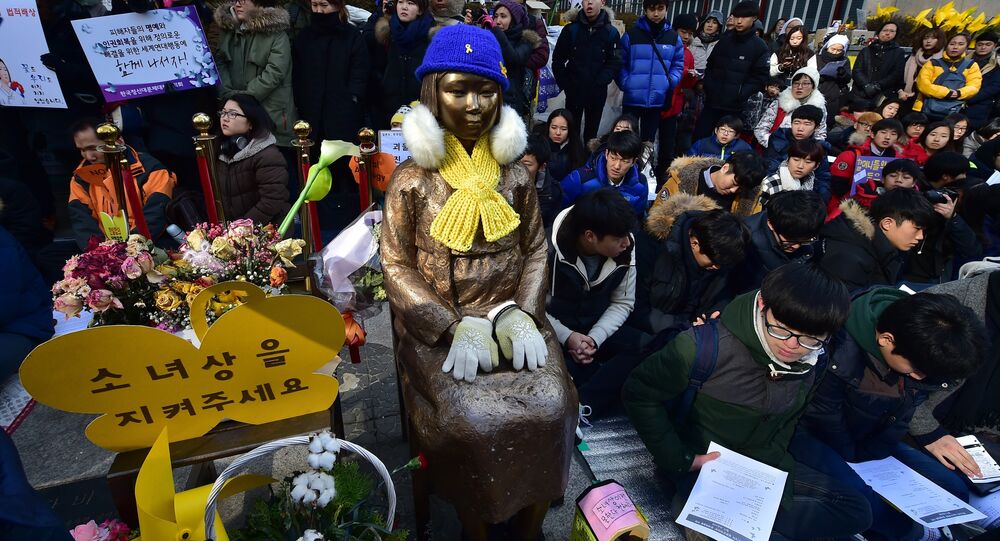 The South Korean Foreign Ministry said Monday that it called on Japan to be more careful in making any comments on the issue of "comfort women".

MOSCOW (Sputnik) — On Saturday, Toshihiro Nikai, the secretary general of Japan's ruling Liberal Democratic Party, on a meeting with South Korean lawmakers urged to "eradicate" those who sought to use the comfort women issue to hamper the bilateral ties.

"It is necessary to be careful in making any comments on bilateral relations between the two countries such as the comfort women matter," a foreign ministry official told Yonhap news agency.

"Comfort women" is a term used to describe women forced to work in wartime brothels for the Japanese military during World War II. With the exact number of women involved in the practice still a subject of debate, most of the women were taken from countries occupied by Japan between 1932 and 1945, mainly Korea, China and the Philippines.

In December 2015, Japan and South Korea reached a deal on the issue, ending the long-standing diplomatic feud over "comfort women," with both sides having agreed to set up a foundation for sexually enslaved Korean women under the deal, which the Japanese government poured 1 billion yen ($8.8 million) into for the support of the surviving victims and their families.