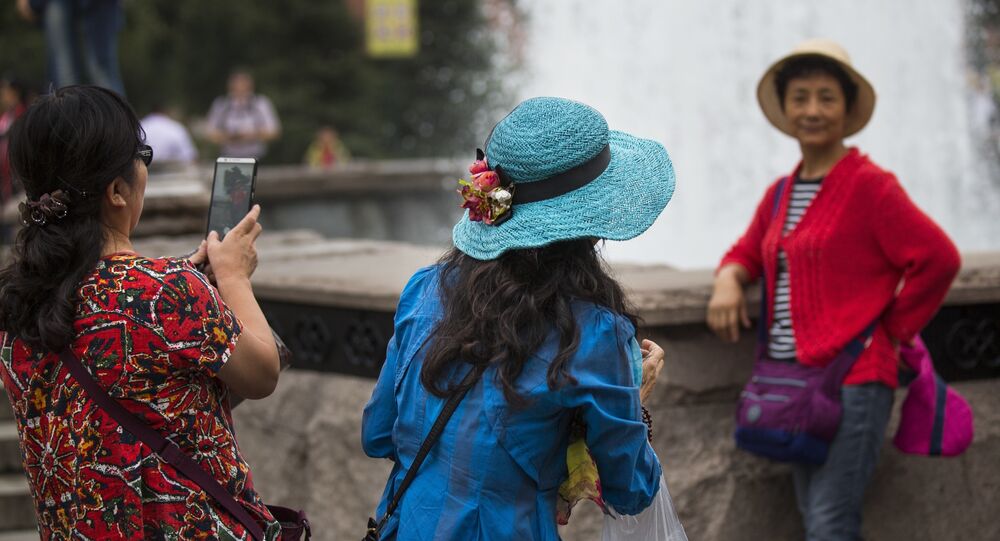 Both Moscow and Beijing should aim to increase the number of tourists to 4 million per year from China to Russia and vice versa under the "Red Tourism" project, Executive Director of Russia's Tourist Association "Mir Bez Granits" Alexander Agamov said on Sunday, adding that both nations had good prospects for the development of tourism.

"In 2016, about one million Chinese tourists visited Russia and 1.7 million Russian tourists traveled to China. This is good figures but we are well aware that they are not as good as we would like them to be. We often discuss with our colleagues… from China's National Tourism Administration the prospects for tourism development and believe that we should aim for 4 million tourists per year from China to Russia and 4 million tourists from Russia to China," Agamov said, speaking in the framework of the "Red Route" dialogue in the Zunyi city in China's northern Guizhou province.

Agamov stressed that both Russia and China had everything that is needed to achieve this goal: unique culture, nature and history, adding that "Red Tourism" program would be attractive to both Russian and Chinese nationals in the years to come.

In turn, Director General of Tourist Association of Russian Regions Svetlana Anufrienko said that Russia was ready to receive tourists under the "Red Tourism" program.