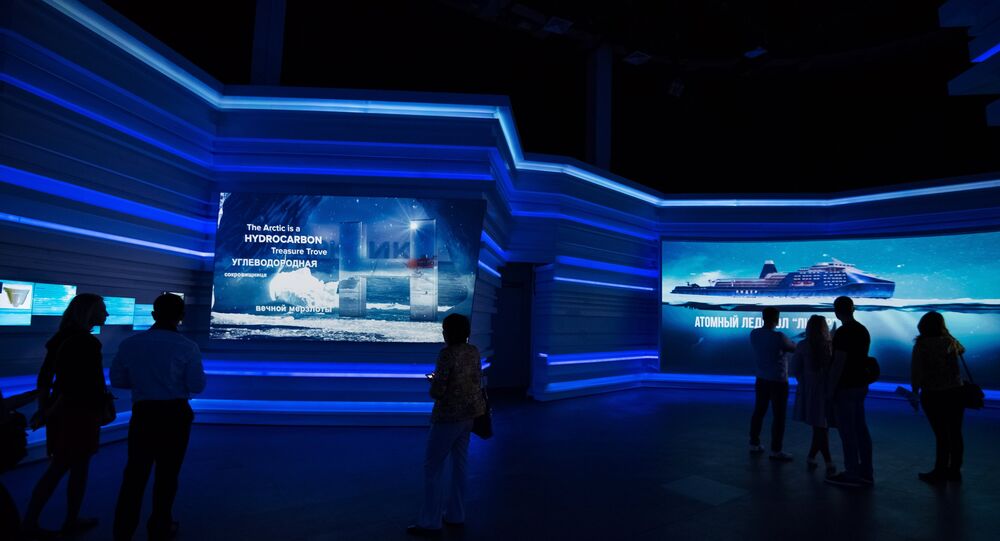 More than 10,000 people have already visited EXPO-2017 in Astana earlier on Saturday, Chairman of the Board at NC Astana EXPO-2017 Akhmetzhan Yessimov said.

© Sputnik / Vladimir Fedorenko
Russian Energy Minister to Meet With EU Counterpart in June Within EXPO-2017
ASTANA (Sputnik) — More than 10,000 people have already visited the International Specialized Exhibition EXPO-2017 that has started its work in the Kazakh capital city of Astana earlier on Saturday, Chairman of the Board at NC Astana EXPO-2017 Akhmetzhan Yessimov said.

"At 2 p.m. local time (08:00 GMT), 9,832 people have attended the exhibition, the number of people is increasing by the hour. At 3 p.m. more than 10,000 people visited the exhibition," Yessimov told a press conference, adding that all the necessary measures had been taken to ensure security at the event.

Yessimov noted that 1.3 million tickets to the exhibition had already been sold and the organizers expected the number of visits to reach 5 million by September.

The exhibition is expected to cost about $1.3 billion, the official said.

The main theme of this year's exhibition is "Energy of the Future," which focuses on the issue of energy consumption and protection of environment. The event will end on September 10.