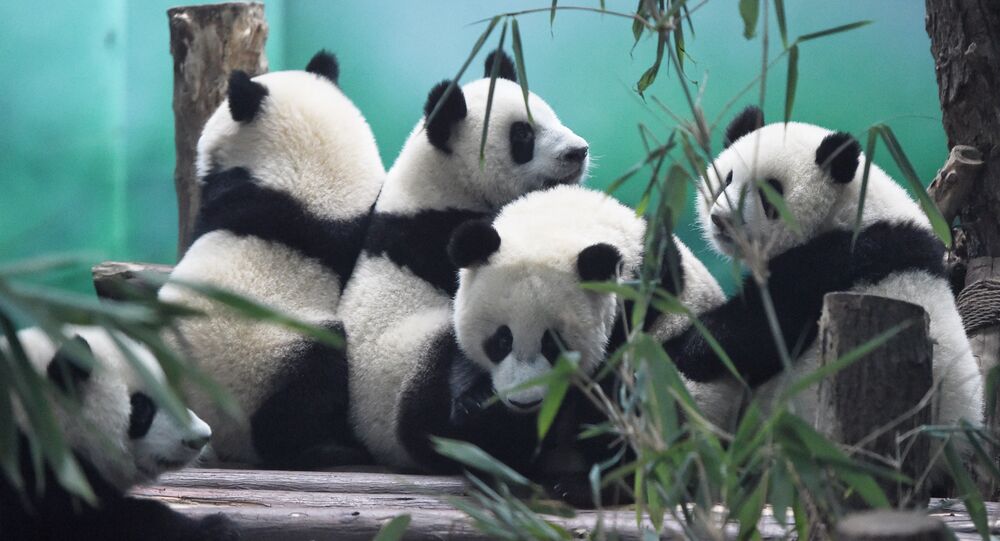 Three giant pandas born and raised in a Japanese zoo will return to China Monday to participate in a breeding program in Chengdu, capital of Southwest China's Sichuan Province.

The three panda siblings, who are going to be sent to the Chengdu Research Base of Giant Panda Breeding, are male-female twins Hai Bang and Yang Bang, aged 6, and their 4-year-old younger sister, You Bang, according to newssc.org, a news site affiliated with the Sichuan government.

The three pandas have been living in Adventure World in Shirahama, Japan's Wakayama Prefecture since they were born and are scheduled to leave the country on Tuesday, the Wolong China Giant Panda Protection and Research Center in Sichuan Province said on Sina Weibo.

According to a report from newssc.org, the rare bears are approaching sexual maturity and will take part in a breeding program in accordance with China's giant panda protection policies and a cooperative project agreed between the research base and the zoo.

This breeding project has successfully bred 15 giant panda cubs. Among them, eight are now in China.

"Pandas are dispatched overseas just for international scientific research supported by foreign countries," Li Desheng, deputy director of the Wolong China Giant Panda Protection and Research Center, told the Global Times on Monday, adding that the pandas who are born in foreign countries usually have to be returned to China by the age of 2 to 4.

Li also dismissed the concern that the three pandas may not be able to adapt to the new environment, saying that "even pandas who are born in other countries won't have any difficulty in getting accustomed because Chengdu's environment and climate is the best for pandas to live and we have highly professional personnel to take care of them."

This article by Zhao Yusha was originally published in the Global Times.

Not in My Dojo! Red Panda Takes on Wild Enemy