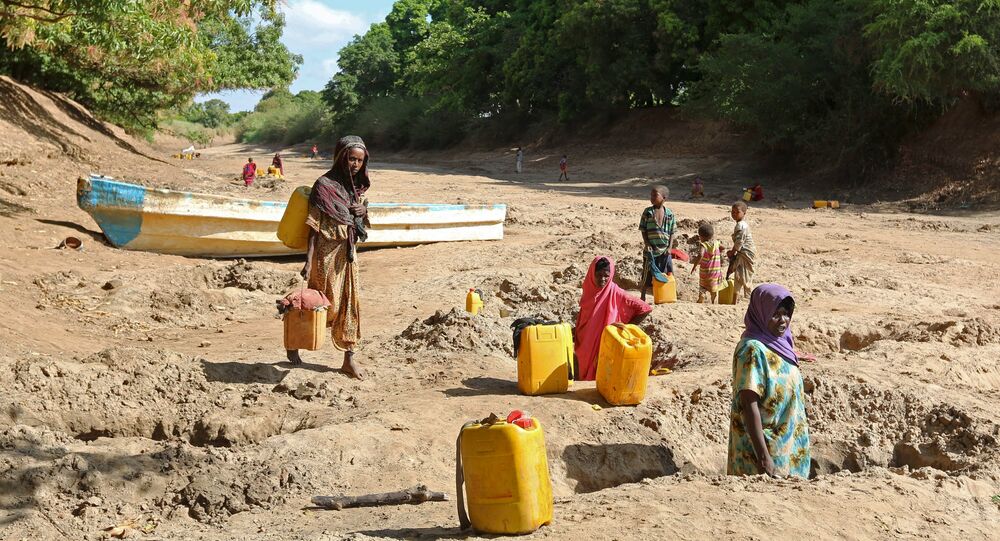 It is estimated that by the year 2050, 25 percent of the world’s population will be water insecure, with countries like Bangladesh, China and India set to experience a "chronic or recurrent” lack of access to clean water.

On Tuesday United Nations Secretary-General Antonio Guterres pointed out to the Security Council that of the UN’s 193 member states, three quarters share lake basins and rivers with neighboring nations.

"Strains on water access are already rising in all regions," Guterres said.

"Water, peace and security are inextricably linked," he added. "Without effective management of our water resources, we risk intensified disputes between communities and sectors and increased tensions among nations."

The UN is prepared to address possible conflict stemming from scarcity by engaging in diplomatic efforts, Guterres said.

"Our planet, the human family and life in all its myriad forms on Earth are in the throes of a water crisis that will only get worse over the coming decades," said Bolivian President Evo Morales. "If current patterns of consumption continue unabated, two-thirds of the world's population will be facing water shortages as a daily reality by 2025."

Matthew Rycroft, British ambassador to the UN, said that drought can become the springboard to deeper humanitarian issues, as evidenced in countries like Somalia, where drought lead to food shortages and famine.

He also pointed out that China, Afghanistan, Bhutan, Pakistan, Nepal, Bangladesh and India rely chiefly on three rivers, but that there is limited collaboration amongst states, "despite facing similar problems posed by water demand and climate change."

Rycroft suggested that developed nations invest in developing secure water systems for countries in need. Britain gave $30 million to such efforts over the past five years.