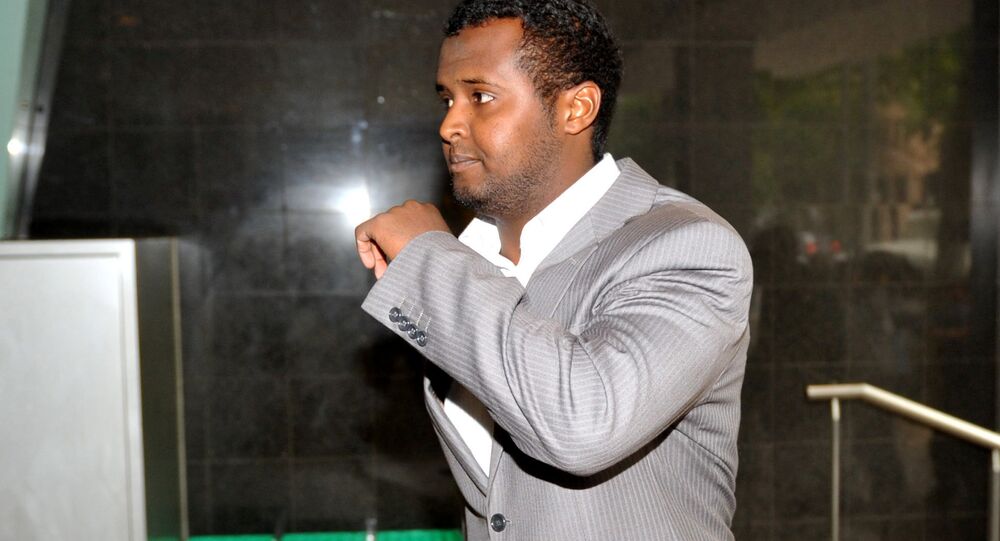 Australia's Prime Minister Malcolm Turnbull has demanded an inquiry into why a gunman, who shot a man dead in Melbourne, and wounded three police officers, had been released on parole. Yacqub Khayre, who was born in Somalia, was shot dead on Monday night (June 5) after a siege.

Kai Hao, a building clerk who had emigrated from China, was shot dead as he sat in the reception of a serviced apartment complex in the Melbourne suburb of Brighton.

The simple question to Daniel Andrews — why was Yacqub Khayre roaming free on Melbourne's streets given his extensive criminal record? pic.twitter.com/vlwlVxObet

His mother told reporters: "I have to say I hate that terrorist who has torn my family apart."

Khayre was heard shouting: "This is for IS [Daesh], this is for al-Qaeda."

His comment revealed a high level of ignorance, as Daesh and al-Qaeda are not the same organization, and in fact, have been at war with each other in some parts of Syria and Iraq.

Khayre was born in Somalia and came to Australia as an immigrant. The incident has ramped up xenophobia and Islamophobia on social media in Australia.

Melbourne's Somali community speak out about terror suspect, Yacqub Khayre. Watch SBS World News on SBS One at 6.30 for the full story. pic.twitter.com/gJLDnbDcai

When the incident happened Turnbull described it as a "terrorist attack."

Australians have become increasingly concerned after a number of shocking incidents in recent months.

In January, six people were killed and dozens injured when Jimmy Gargasoulas, 27, drove a car into crowds of shoppers outside the Bourke Street Mall, Melbourne.

When he appeared in court in April, charged with six murders, Gargasoulas claimed: "All law is illegal according to the Bible and the Koran. Your honor, did you know Muslim faith is the correct faith? And that I'm not guilty? I am the savior."

Gargasoulas is not thought to have been a member of Daesh and had a long history of drug abuse and mental health issues.

The latest incident has infuriated many Australians.

"This is not the first one. Remember the bloke in Sydney? He was up in the court on suspected murder charges and he was released on bail. He then walked into a cafe, pulled out a gun and opened fire. This government are too bloody soft. They should ship the whole bloody lot out," Bruce Ponting, a retired fireman from Melbourne, told Sputnik.

In 2014 Iranian-born Man Haron Monis shot dead three people in the Lindt Cafe in Sydney. He had been charged with organizing the murder of his ex-wife along with 43 counts of sexual assault.

Monis, who fled Iran and sought political asylum in Australia, was well known to the Australian Security Intelligence Organization (ASIO) and both federal and state police. Khayre was similarly well known to law enforcement.

He was one of five men accused of plotting an attack on the Australian Army's barracks in Holsworthy, near Sydney, but was acquitted.

In 2007, when he was 19, he was jailed for 40 offenses, including burglaries, thefts, assaults and drug possession. He was released from prison and in 2012 committed a violent home invasion.

The mother of Brighton siege victim Kai Hao has spoken of her heartache at the death of her only son. @andrew_lund #9News pic.twitter.com/yPlDbYygLX

Sentencing him, Judge Felicity Hampel said he had a "very sorry criminal record" and "gloomy prospects" for rehabilitation.

Khayre was also a drug addict but there was no evidence of any links with Daesh or any Islamist extremist group and it appears that he simply imploded mentally at the weekend.

But by using the name of Daesh and al-Qaeda, he managed to terrify millions of Australians, just as Daesh wanted.