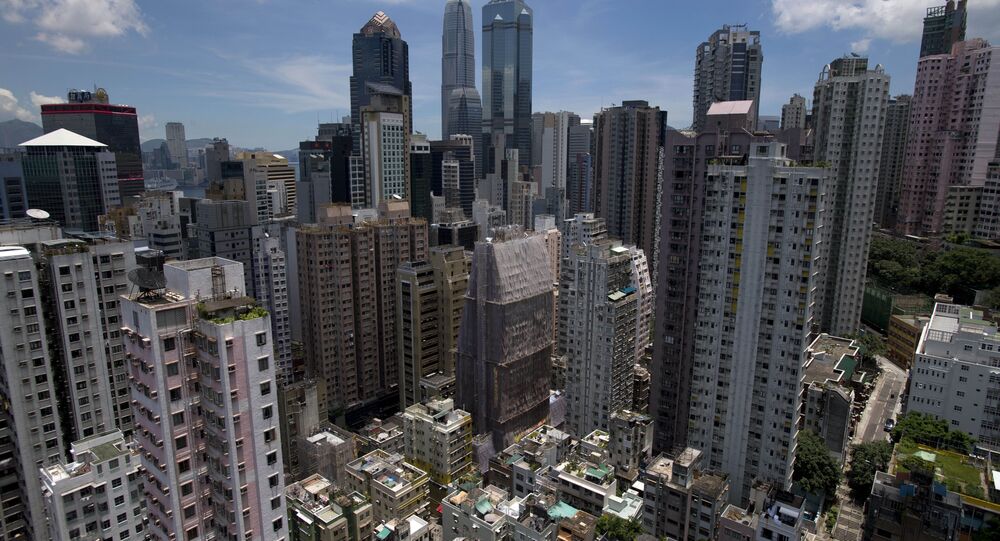 Zhang Dejiang, chairman of the Standing Committee of China's National People's Congress, reminded Hong Kong of the urgency in comprehensively and accurately implementing the policy of "one country, two systems" and the Basic Law in Beijing late last month.

At a high-ranking symposium to commemorate the 20th anniversary of implementing the Basic Law, Zhang put forward the central government's most severe and detailed guidelines so far.

The return of Hong Kong's sovereignty from Britain to China has been conducted in a peaceful way. The policy of "one country, two systems" has been carried out in the territory and the central government promises the city a "high degree of autonomy" as well.

Those arrangements prove practical, humanitarian and popular with locals, but some structural political contradictions have not been resolved in this immigrant city.

Even in the colonial era, many Hong Kong residents had been divided into pro- and anti-Beijing factions, of which the latter has become today's opposition.

Hong Kong returned to China 20 years ago and during that period the mainland rose and its economy expanded significantly. In the meantime, the opposition has turned to separatism.

Separatists belong to the radical opposition camp and have never represented the majority of the locals. Yet, with the support of overseas hostile forces, today's separatism has shifted the local political spectrum toward radical opposition.

The Hong Kong government may not have properly coped with some local economic problems such as the existing wealth inequality and income distribution during the economic integration between the Chinese mainland and Hong Kong, causing discontent within the city.

Some local opposition forces make use of the situation to propagate their political ideas. They tend to misinterpret the related policies and laws to restrict the central government's power over Hong Kong.

Worse than this, radical opposition has instigated protest marches, and even violent clashes with the police. Some opposition advocate so-called "self-determination" for shunning China's sovereignty over Hong Kong.

At this point, Zhang said, "under no circumstances should the central government's powers be confronted in the name of a high degree of autonomy." Against the separation of powers concept raised by the opposition, Zhang pointed out, "Hong Kong's political structure is neither separation of powers nor led by the legislature or judiciary. It is an executive-led one, with the chief executive as the core."

Furthermore, Beijing will "go into further details" about consolidating its sovereignty over Hong Kong in several areas, such as local political reform, the central government's power over the chief executive, and its authority to appoint and dismiss key officials.

Zhang also said China will not turn a blind eye to those attempting to break the territory away from the country. Zhang's speech at the symposium was not only a reiteration of China's previous statement but gave a warning to foreign powers and the local radical opposition, while clarifying some interpretations of China's policy in Hong Kong.

His standpoint will be followed by a number of specific policies, measures and actions.

Reviewing what has happened in the past few years, Hong Kong residents can judge for themselves if they have benefited from a series of political disputes or social chaos.

This article, written by Ng Yau Man David, was originally published in the Global Times.