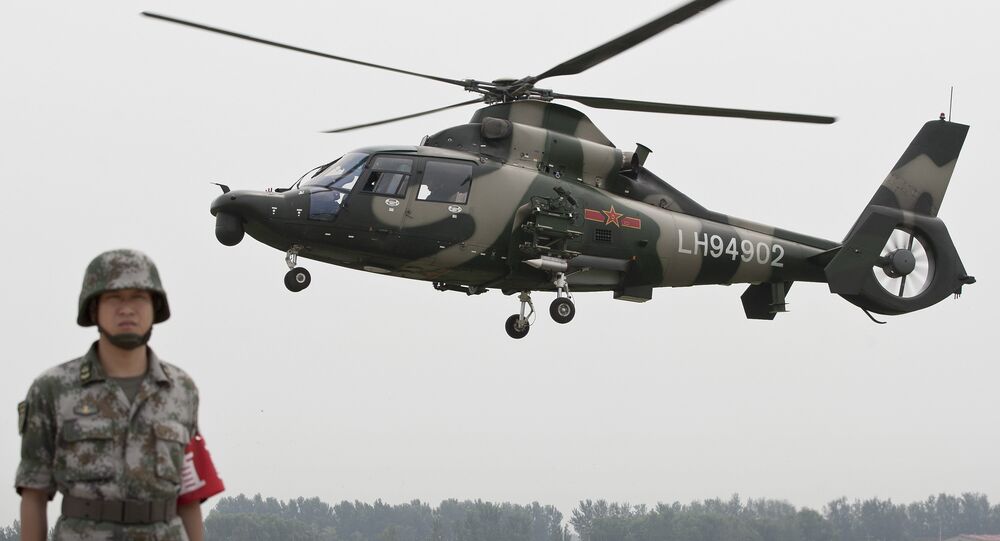 India has toughened its stand on the alleged violation of its airspace by two Chinese PLA helicopters which landed in Barahoti area of Chamoli in the Himalayan state of Uttarakhand. India has termed it unacceptable and said it will raise this issue with China.

"This is true that two Chinese helicopters landed in Uttarakhand. We can understand the logic behind mistakes by troops in the backdrop of unresolved border issues. This is the first such airspace violation. This is unacceptable. We will take it up with China," Sushma Swaraj, India's Minister for External Affairs, said in New Delhi.

© AP Photo / Manish Swarup
India, China Struggle to Complete OBOR-Like Project in Southeast Asia
"In principle, China and India have territorial disputes in the eastern section of the China-India border," China said earlier in the day.

"Chinese military carry out regular patrols in the relevant areas. We hope that the two sides will make joint efforts to maintain tranquility and peace of the border area," Hua Chunying, spokesperson, Chinese foreign ministry, said.

India and China listed an 80-sq-km sloping pasture of Barahoti as disputed areas and both the forces have been carrying out patrol out of uniform. India assumes that Chinese forces may patrol the territory to take photographs in order to locate the deployment of forces in the areas.

India to Raise Another Mountain Corps Division With China in Mind