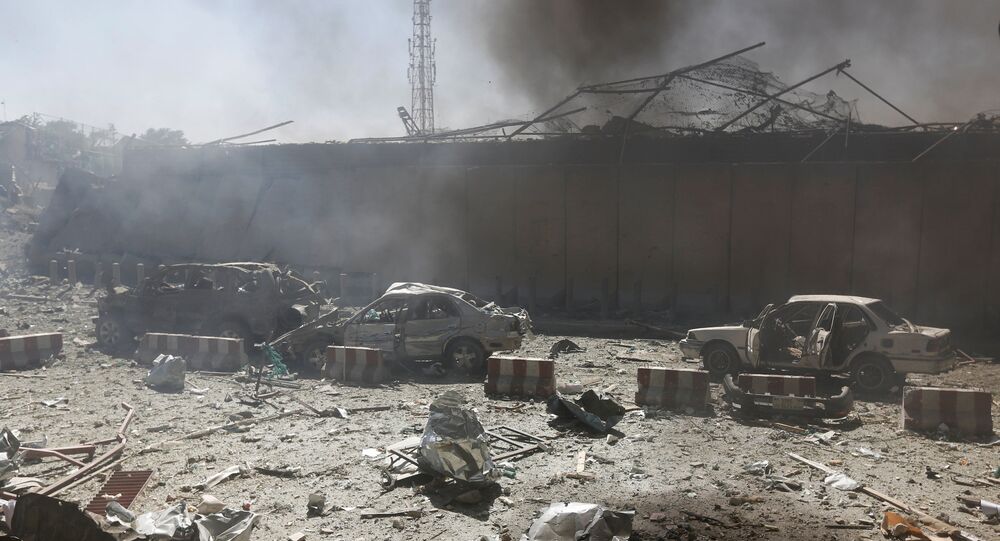 Daesh Claims Responsibility for Blast in Afghan Capital of Kabul

Daesh has claimed responsibility for the deadly blast in the Afghan capital of Kabul, local 1TV channel reported on Wednesday.

According to the Afghan Health Ministry, up to 90 people were killed and 380 more were injured in the explosion close to the Zanbaq square in the diplomatic quarter of the city.

According to the preliminary information of the country's Interior Ministry, an explosive device had been planted in a car used to transport water.

A BBC employee was killed and 4 journalists were injured in the blast. Moreover, the German Embassy's staff was wounded in the attack.

Meanwhile, Al Jazeera reported that the Taliban terrorist group, which is outlawed in Russia among other such groups, denied responsibility for the blast.

The attack has already been condemned by a number of Afghan politicians, such as President Ashraf Ghani and by foreign officials, including Russian Foreign Ministry spokeswoman Maria Zakharova, Indian Prime Minister Narendra Modi and NATO Secretary General Jens Stoltenberg.