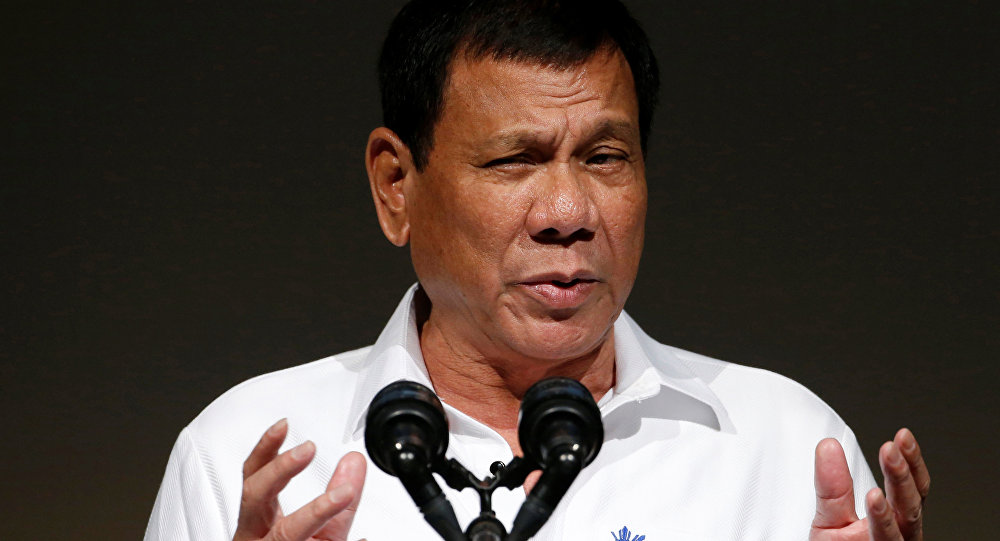 Philippine President Rodrigo Duterte said on Wednesday that martial law that he imposed in the southern province of Mindanao could last up to a year.

MOSCOW (Sputnik) — Martial law declared on the southern island of Mindanao in Philippines may last for a year if needed, Duterte said.

"How long? Well, if it would take a year to do, then we'll do it. If it's over in a month, I'd be happy," Duterte said on a plane on his way back to the Philippines from Russia.

Among the terrorist groups that are active on the island of Mindanao are Maute, Bangsamoro Islamic Freedom Fighters (BIFF) and Abu Sayyaf militant groups, linked with the Islamic State terrorist group, outlawed in Russia and other countries.