On Tuesday, the head of Japan’s Self Defense Forces said that North Korea has reached a “new stage” in its effort to build a long-range nuclear-armed missile capable of reaching the US mainland, and that Pyongyang’s threats require close collaboration between the US, Japan and South Korea.

Adm. Katsutoshi Kawano told reporters, "The issue is whether [nuclear devices] have been miniaturized to the extent to which they could be loaded on [to a ballistic missile],” according to Stars and Stripes. "I believe we cannot say clearly whether this is a fact at this stage; however, I also believe this is something we cannot be optimistic about … As the security environment becomes more severe, we believe strengthening the US-Japan alliance will become even more important than it has to date." 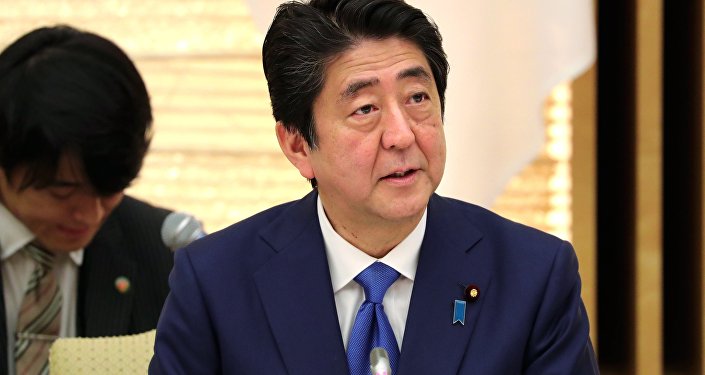 In recent weeks Japanese vessels have joined a US Navy carrier strike group led by the USS Carl Vinson near the Korean Peninsula for trilateral military exercises with South Korea.

Pyongyang has continuously balked at the drills, accusing the three nations of plotting a pre-emptive strike, and warned through its state-run news agency in March that, "If they infringe on the our sovereignty and dignity even a bit, our army will launch merciless ultra-precision strikes from ground, air, sea and underwater."

On Sunday the North successfully launched the solid-fuel Pukguksong-2 missile, in a move the isolated nation called an “answer” to the policies of US President Donald Trump.

Quoting Supreme Leader Kim Jong-un, the Korean Central News Agency wrote, "Now that its tactical and technical data met the requirements of the Party, this type of missile should be rapidly mass-produced in a serial way, he said."

The admiral also said that Beijing’s "lack of transparency" and the quick pace of its military modernization continue to be a sticking point for Japan, noting that last year Tokyo broke its post-World War II record of aircraft scrambles by conducting 1,168 operations, 871 of which were in response to possible Chinese incursions.

As Prime Minister Shinzo Abe looks to revise Japan’s pacifist constitution in the next three years, one of the changes will include clarifying the role of the Self Defense Forces.

Article 9 of the current charter contains a "peace clause" that renounces war and prohibits the country from maintaining air, land and sea defenses.

In light of provocation from North Korea, Abe wants to formally legalize the military’s status so Tokyo can be aptly respond to shifting security issues in the regions.

Financial Times quoted him saying in early May, "In our generation we need to establish the constitutional standing of the Self Defence Forces so that there is no room for debate on whether or not they stand outside the constitution."

Japan to Contribute $40Mln to High-Tech Infrastructure Projects in Asia