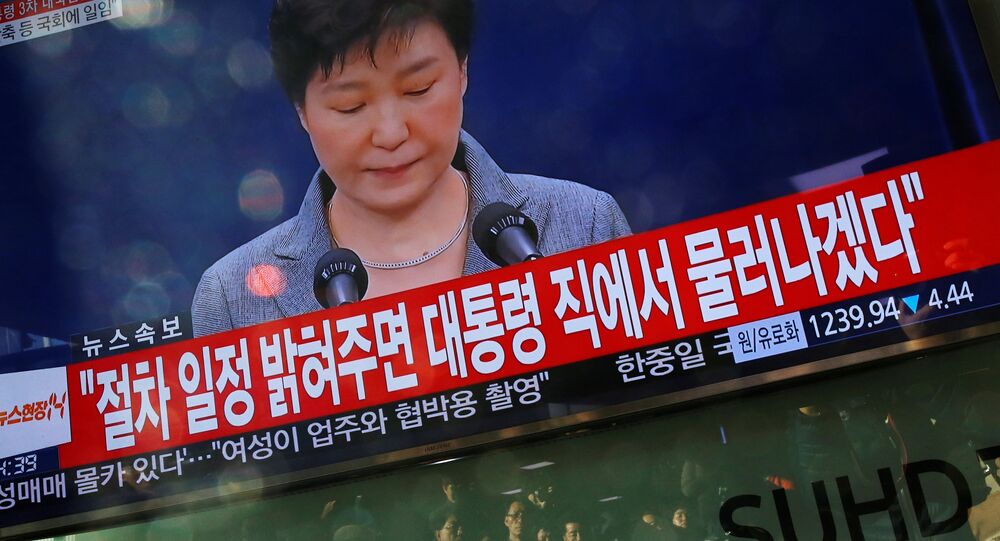 Ex-South Korean President Park Geun-hye, accused of multiple cases of corruption, has denied all charges during the first court hearing, which started on Tuesday.

TOKYO (Sputnik) — Park appeared at the hearing at the Seoul Central District Court, broadcast by the YTN television channel, in handcuffs and escorted by correctional officials.

During the hearing, Park denied all the corruption-related charges, however, if convicted, she could face a prison term of 10 years to life.

© REUTERS / Jung Yeon-Je/Pool/File Photo
Park Won't Walk: The Saddest Evening of First Female South Korean President's Political Life
Political scandal around the former South Korean president and her associate Choi Soon-sil, who allegedly was allowed to meddle in state affairs without holding any official post, broke out in late October 2016. The scandal resulted in Park’s impeachment in December 2016 that was confirmed by the country's Constitutional Court on March 10

On March 30, Park was arrested after the Seoul Central District Court issued a warrant for her arrest over corruption accusations, involving 13 different cases of bribery, coercion and abuse of power. Park, in particular, has been charged with forcing major corporations, including Samsung, to donate to foundations controlled by Choi and taking bribes, as well as with forcing companies to sign contracts beneficial for Choi and her associates.