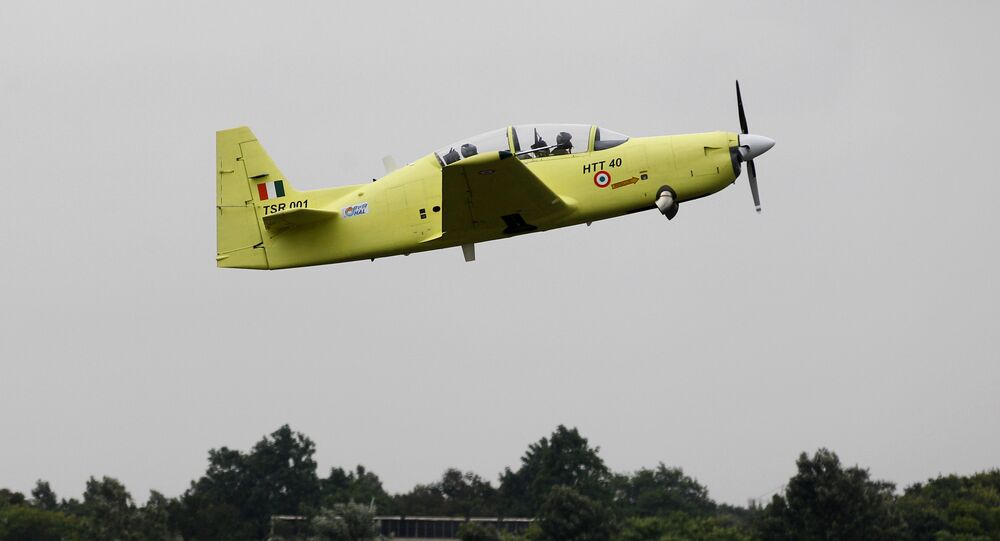 The second plane of India’s own basic trainer aircraft has successfully taken its flight on Friday. The aircraft project, Hindustan turbo-prop trainer (HTT) 40, was completed within a year by Hindustan Aeronautics Ltd (HAL), which is historically infamous for delays.

New Delhi (Sputnik) — It is a great achievement for the young engineers, whose average age is 30 years, involved in the $75-million project. The maiden flight of HTT 40 was conducted on May 31, 2016.

Pilots took the HTT-40 to a height of 20,000 feet with a speed of 450 kmph. HAL successfully achieved tests of the landing gear, maximum speed, maximum altitude and maximum G during the one-hour flight. Now HAL will conduct stall and spin tests over the next few months. HTT-40 will be operated along with Pilatus in the Indian Air Force.

​HTT-40 would be used for basic flight training, aerobatics, instrument flying and close-formation flights whereas its secondary roles would include navigation and night flying. Two prototypes are being manufactured to speed up flight trials and development process. HAL aims to get the aircraft certified in 2018.

© AFP 2021 / Manjunath Kiran
Indian Navy Expected to Push for Second Aircraft Carrier Funding Instead of Other Big-Ticket Purchases
HAL has already improvised the first prototype of HTT-40 since first flight to convert it into a fully pressurized fuel system and less noisy cockpit. It is anticipated that from 2020 onward, 20 aircraft will be delivered every year. India also aims to export weaponized version of HTT-40 to countries like Myanmar and African nations.

Indian Air Force (IAF) has a requirement of 183 basic trainer aircraft. At present, IAF have 75 PC-7 Mk-II. Procurement of additional 38 PC-7 MK II aircraft is likely to be concluded by end of this year.