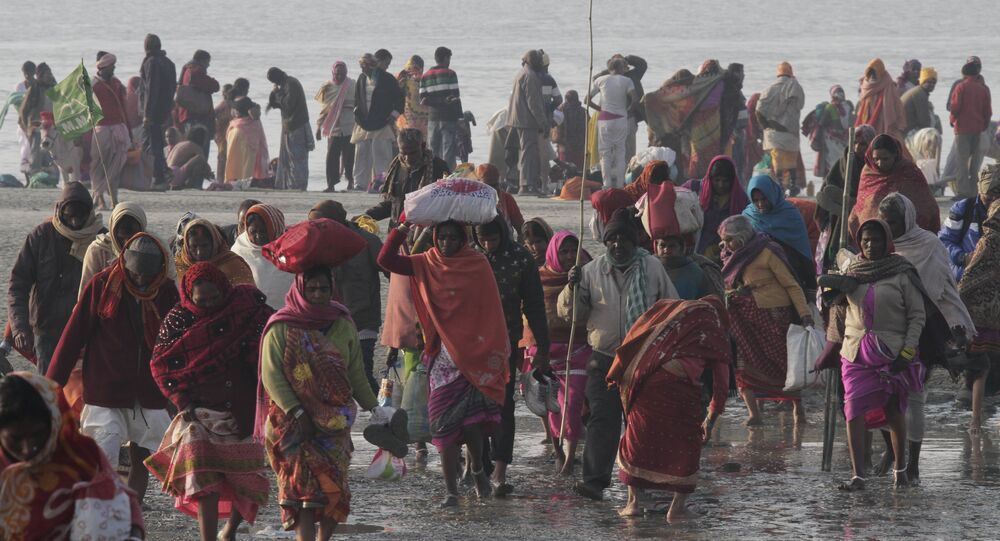 Almost 14,000 pilgrims were stranded in various parts of the Indian northern Chamoli district after a massive landslide, local police said on Saturday.

© Sputnik / Tabyldy Kadyrbekov
Total of 24 People Died in Landslide in S Kyrgyzstan – Emergencies Ministry
MOSCOW (Sputnik) – The landslide occurred some nine kilometers from the town of Joshimath and damaged about 60 meters (196 feet) of the highway between the towns of Rishikesh and Badrinath.

"Around 11,000 pilgrims were at [the city of] Badrinath for darshan [religious ritual] at the time of the calamity," head of the local Chamoli police Tripti Bhatt said, as cited by the Times of India, adding that some 3,000 more thousands of pilgrims were blocked in various locations across the district.

All the pilgrims were accommodated in local hotels and guest houses, Bhatt added.

According to the local media, the traffic is expected to be restored by Saturday night.