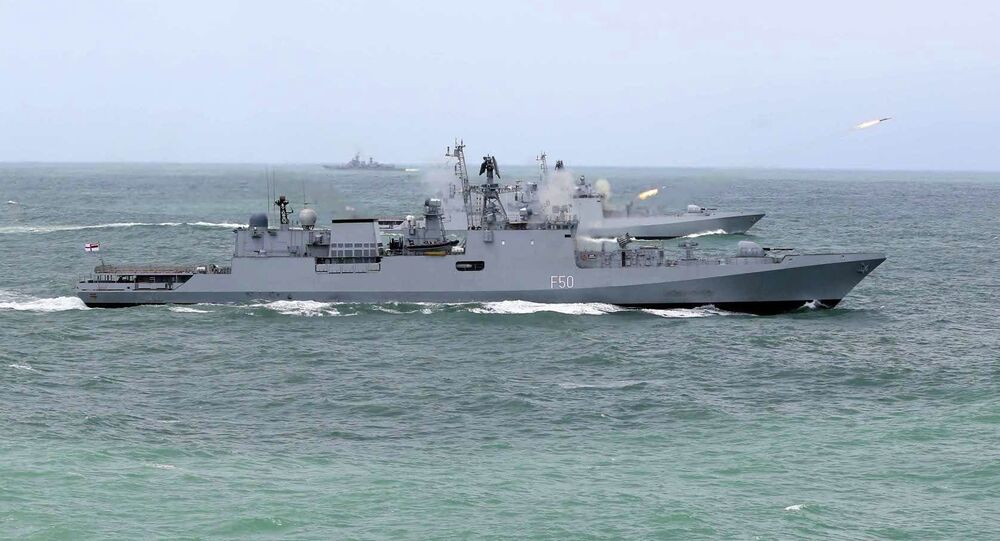 The Indian Navy thwarted a piracy attempt on Liberian flagship Lord Mountbatten in the Gulf of Aden on May 16.

New Delhi (Sputnik) — India’s offshore patrol craft INS Sharda received a distress call from the Liberian ship on Tuesday evening in position 230 nautical miles South-West of Salalah in the Gulf of Aden. The Korean-built large patrol vessel INS Sharda was deployed for the anti-piracy role in the Gulf of Aden since April 6 this year.

“The vessel had reported an incident of attempted piracy by two suspicious mother vessels along with 7-8 skiffs. Sharda, which was at that time 30 nautical miles east of the reported position, immediately responded to the distress call and proceeded at best speed to investigate the incident,” said a statement of the Indian Navy.

​Indian Navy’s commandos with the support of the armed Chetak helicopter from the ship investigated the two dhows and their skiffs by conducting board and search operations. Indian Navy personnel confiscated one high-caliber AKM rifle along with one filled 28-round magazine which was hidden in the dhows.

​A recent report by the International Chamber of Commerce said that Somalia's pirates are back in business after a five-year period of stagnation and claimed that pirates and armed gangs attacked upward of 43 ships and "captured 58 seafarers" in the first quarter of 2017. Reports said that largest increase in piracy attempts have been reported in the Gulf of Aden.

The Indian Navy has been concerned with the sudden rise in robberies and piracy in the Gulf of Aden. "Whilst the world has managed to keep the menace of piracy in the Gulf of Aden suppressed for some time now, five incidents of piracy and 80 incidents of armed robbery have been reported in this region in 2016. Most of these attacks were claimed by terrorist groups based in the Philippines. These are indicative of a trend where the distinction between traditional piracy and maritime terrorism is fading rapidly," Navy chief Admiral Sunil Lanba had said in March this year.

In April this year, India and Chinese Navy had rescued a merchant ship from Somali pirates in joint efforts. The Gulf of Aden accounts for more than 13% of Indian trade, including oil and fertilizers.