Indian Prime Minister Narendra Modi on Thursday began his two-day Sri Lanka visit, his second in two years, on the occasion of Vesak Day celebrations on May 12-14, with over 400 delegates from 100 countries expected to attend it. 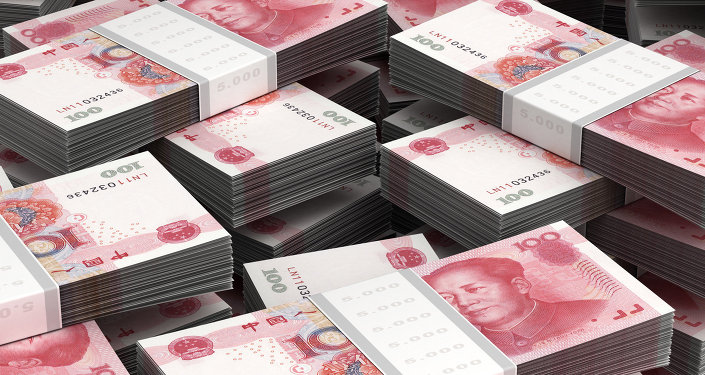 © Fotolia / selensergen
India Edges China Out Among Nepal's Top Five Donors
New Delhi (Sputnik) — His visit will be significant since it will strengthen ties with Sri Lanka where China has been increasing its influence.

"During my visit, I will join the International Vesak Day celebrations in Colombo on 12th May, where I will interact with leading Buddhist spiritual leaders, scholars and theologians. It is my honor to join these celebrations with President Maithripala Sirisena and Prime Minister Ranil Wickremesinghe. My visit brings to the fore one of the most abiding links between India and Sri Lanka — the shared heritage of Buddhism," Modi said in a post on Facebook.

Prime Minister Modi's visit will commence in Colombo with a visit to the Seema Malaka at the Gangaramayya Temple where he will take part in the traditional lamp lighting ceremony. He will also pay his respects at the revered Sri Dalada Maligawa in Kandy, also known as the Temple of the Sacred Tooth Relic.

© Photo : Chamal Pathirana
India to Challenge Chinese Monopoly on Naval Vessel Supply to Sri Lanka
Modi will also visit the up-country region of Sri Lanka where he will inaugurate the Dickya Hospital that has been built with Indian assistance and will have an interaction with the Tamil community.

"We do not envisage any formal talks but he will be interacting with the leaders and review the relationship in its entirety. Nothing is specifically earmarked for discussion during the current visit," Sanjay Panda, Joint Secretary in the Ministry of External Affairs, told the media.

During the visit, Modi is likely to discuss all the issues pertaining to both the countries such as the Tamil fishermen issue, the proposed Economic and Technical Cooperation Agreement, the ongoing infrastructure project etc.

In fact, Modi is trying to woo India's neighbors ever since he assumed power. Firstly, to increase Indian influence in these regions and secondly to checkmate China which has been making a "String of Pearls" around India. The Indian PM's visit will be one of strategic significance in the tug of war between India and China to control the Indian Ocean.