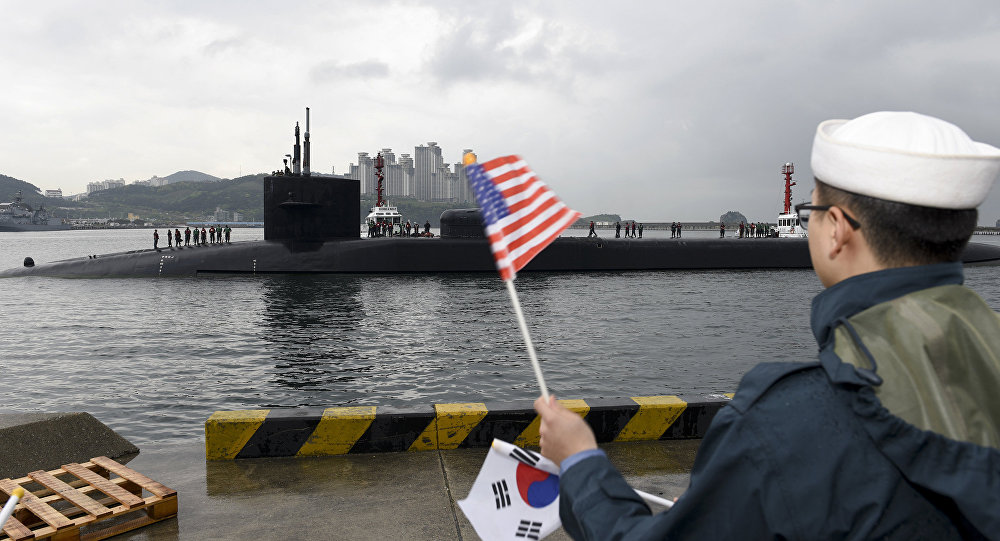 The US Navy’s recent mission to send a guided-missile submarine into the waters surrounding the Korean Peninsula appears to have struck fear into the top leaders in Pyongyang.

“The urgent fielding of the nuclear submarine in the waters off the Korean Peninsula, timed to coincide with the deployment of the super aircraft carrier strike group, is intended to further intensify military threats toward our republic,” Pyongyang said in a statement.

According to the Uriminzokkiri, one of North Korea’s communications arms, the Michigan is in for a “miserable fate.” But North Korea’s belligerence may betray an increasing anxiety about its own fate, as the US installs missile defense systems in its southern neighbor and has sent an impressive show of force to prowl its coasts.

The Michigan was retrofitted in the early 1990s to serve more conventional military purposes after playing a key role in America’s nuclear deterrence triad. According to Military.com, the Michigan is hauling a team of elite Navy SEAL fighters, who may deploy from the sub in SEAL Delivery Vehicles – essentially, miniature submarines used by the elite combat units for the specified purpose of entering anti-access areas or locations where military activity would draw diplomatic condemnation. Each SDV can carry up to six commandos, and the submersibles are “free-flooding,” meaning SEALS are underwater during the entire mission.

The mini-sea vehicles were first conceptualized in a 1952 then-classified report, and were dubbed Underwater Swimmers. They were intended to “play an unseen and literally unknown yet vitally significant role in maritime special operations,” according to the Navy SEAL Museum in Fort Pierce, Florida.

A slew of Tomahawk missiles stand ready for a land attack from the USS Michigan to boot.