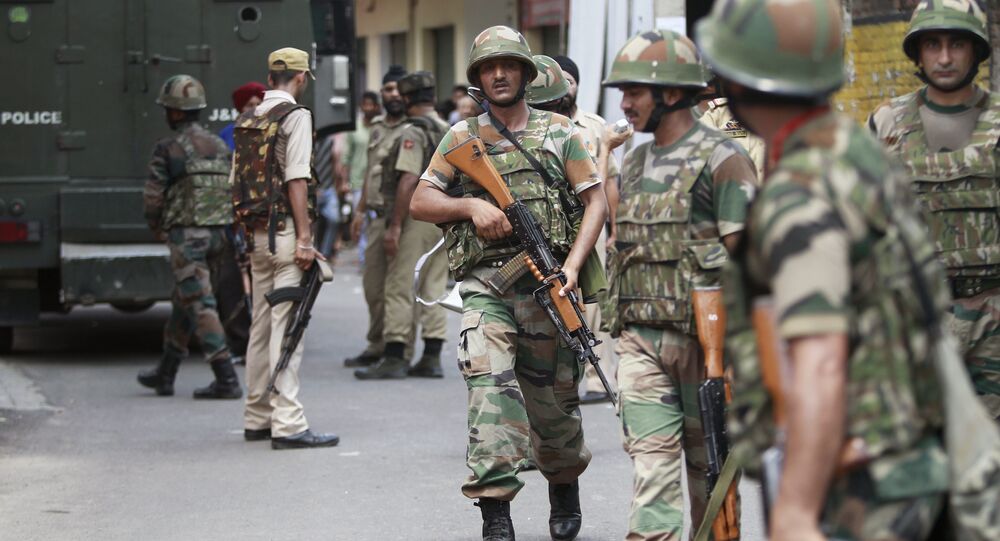 Nearly 200 militants are active in the Kashmir Valley, according to a senior police official in the state of Jammu and Kashmir. Almost 50 percent of the militants joined in last year.

The senior police officer said the ratio of local militants is slightly higher over foreigners. While 110 militants are locals, the rest are foreigners.

"The government will review the ban on social media after the one-month period is over," Gillani said. The Jammu and Kashmir government had imposed a ban on 22 websites and social media applications last month as it believed these platforms were being misused by inimical elements to stoke trouble in Kashmir.

Experts agreed that the situation in the Indian Kashmir has turned volatile in the last one year since the killing of Hizbul Mujaheedin militant Burhan Wani, which triggered the recent radicalization and stone pelting.

"Burhan Wani was a radicalized militant from Hizbul. There can't be a single approach to the ongoing crisis in Kashmir. You need to apply both political as well as military solutions. The former would require development, job creation and other ways to pacify protesters but you also need to neutralize radicalized militants along with their foreign supporters," P. K. Mishra, senior fellow with the New Delhi-based Vivekananda International Foundation and former Additional Director General in the Border Security Force, told Sputnik.

© AP Photo / Channi Anand
At Least 7 Indian Servicemen Killed in Attack on Military Camp in Jammu
In addition, 23 Indian soldiers have died in consequence of almost daily violations of a 2003 ceasefire between India and Pakistan in 2015 and 2016, the Indian home ministry said in response to a right to information petition.
The revelation comes less than a week after two Indian security personnel were killed and their bodies mutilated by Pakistani soldiers. Pakistan, however, denies this.

India and Pakistan claim Kashmir to be their territory in the dispute which harks back to the Partition of British India in 1947. Though the two countries have fought three wars since then, the dispute is far from over. Some sections of Kashmiris have called for greater autonomy or even independence from India.