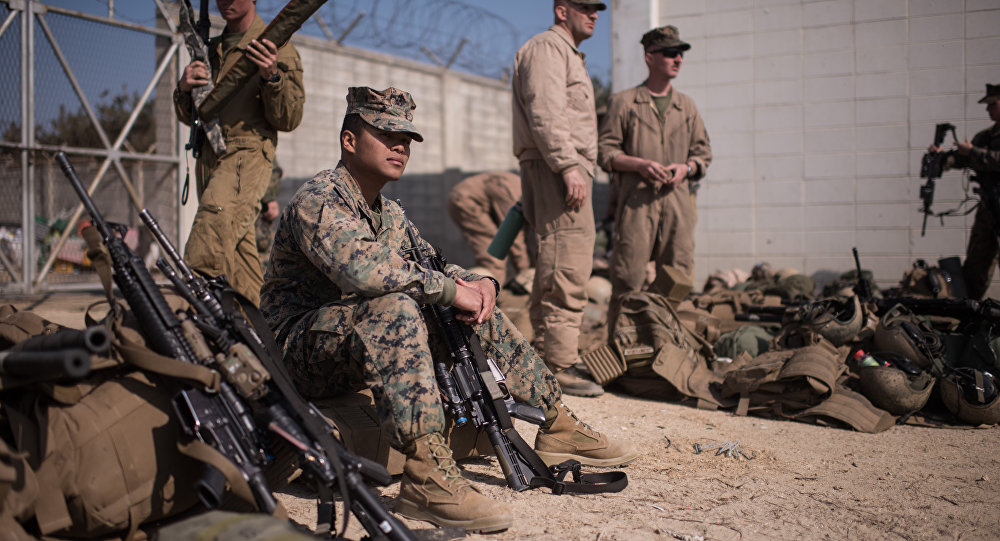 The relocation of US army forces further from the Korean Demilitarized Zone (DMZ) might seem counter-intuitive given Washington's recent saber-rattling in the Korean Peninsula, but the move is sound from a military-tactical point of view, analyst Dmitry Verkhoturov told Sputnik.

© Flickr / Mark Holloway
North Korea’s Weapon Innovations Could Render THAAD Totally Useless
On April 25, the Eighth U.S. Army started the process of relocating forces from garrisons in the northern cities of Seoul, Uijeongbu and Dongducheon further from the shared border with North Korea.

The US army will be based further south in the city of Pyeongtaek, where its new base, Camp Humphreys, is located.

The relocation, which is intended to consolidate the US bases that are scattered around South Korea, has been in the works since 2003.

However, the decision to finally get the move underway at this point, as the US ratchets up tensions on the Korean Peninsula, is a tactical one. It gives the US time to regroup its forces in the event of an attack by North Korean ground forces, analyst Dmitry Verkhoturov told Sputnik.

"Firstly, it should be noted that the US retreat is tactically expedient. Two American brigades north of Seoul [in Uijeongbu and Dongducheon] are clearly not enough to contain a possible North Korean offensive, and they could be easily destroyed by a sudden burst of long-range artillery."

"It is worth noting that the garrisons will be located right on the rail and highway from Seoul to Wonsan, close to where the North Korean army recently conducted an artillery firing drill. Before, there was about 20km between the advanced forces of the US 2nd Infantry Division and the DMZ, and now they will be about 100km away,' Verkhoturov explained.

In the event of a war with North Korea, having a US garrison in Seoul would not be particularly militarily advantageous, since troops there would be blocked from leaving the city. At the same time, US troops based at Pyeongtaek would be able to repel a North Korean assault on Pyongyang from the east, or paratroopers could be deployed to the coastal city of Incheon.

© Photo : KCNA
Trump Reduces His Room for Maneuver With North Korea Tough Talk
However, the closure of its Yongsan garrison, located in the Yongsan district of northern Seoul, is acknowledgement that in US would find it difficult to defend the city's north in the event of attack.

"It seems the US command is admitting that if the North Korean army storms Seoul, it will be extremely difficult, at the least, to maintain control of its northern part. That's why it's willing to sacrifice it (Yongsan) in order to maintain the possibility of further counterattacks," Verkhoturov said.

In the event of a North Korean invasion, the US would need time so it can bring together South Korean forces and reinforcements from Japan and the US, including aviation and naval forces.

"They need to draw the northerners into a city battle and not allow them to attack further south. For these purposes, from the point of view of military strategy, the partial surrender of Seoul is fully justified."

"However, that would be a catastrophe for the ordinary residents of Seoul," Verkhoturov said.

"For them, war will probably begin with a wave of very disturbing rumors and reports on the Internet. Quickly, the streets will be packed with cars and people trying to leave the city. Then South Korean soldiers will scramble from partially destroyed parts of the city to the northern suburbs. At the same time, Seoul residents will hear the thunder of North Korean artillery. North Korean assault divisions will appear at night or early morning in the northern suburbs of Seoul and a spontaneous, ferocious city battle will begin."

"There are likely to be countless victims of such a battle for Seoul. However, war has its own cruel logic and it seems the US intends to adhere to it strictly." 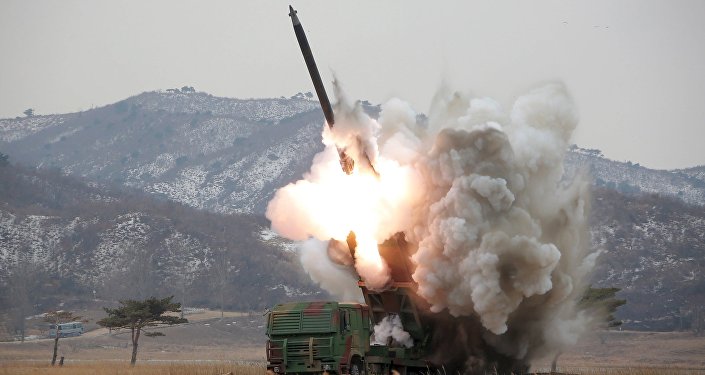 © REUTERS / KCNA
Satellite Images Show North Korea Building Islands for Launching Missiles
For its part, Pyongyang has vowed to continue with its nuclear and missile tests to counter what it calls "US hostile acts" in the region.

According to Pyongyang, the US and South Korea paid a North Korean called Kim at least $740,000 to carry out the assassination and gave him satellite transceivers and other equipment.

Referring to the alleged hitman Kim as "human scum," Pyongyang vowed to "ferret out and mercilessly destroy to the last one the terrorists of the US CIA and the puppet [intelligence service] of South Korea," who allegedly prepared the plot to kill the North Korean leader.