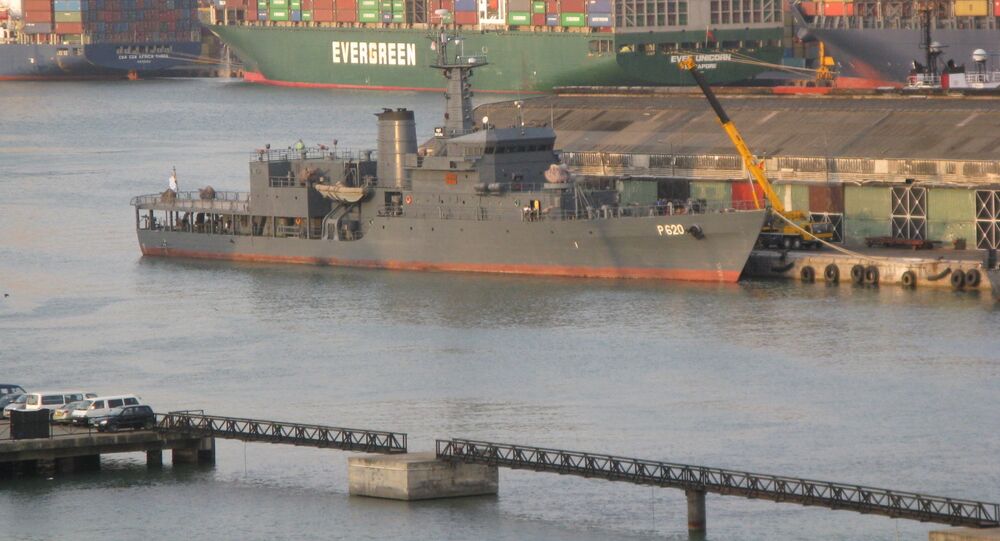 Amid increased Chinese presence in the Indian Ocean Region, India has expedited supplying naval vessels to its neighbors to sustain its hold in the region. Once the naval vessel is delivered to Mauritius, India’s Goa Shipyard is expected to transfer an offshore patrol vessel to Sri Lanka next month.

© REUTERS / Kim Kyung-Hoon
China-India Ties Are Crucial Amid New Global Order - IMF Deputy Managing Director
New Delhi (Sputnik) – The Mauritius was given the second Fast Patrol Vessel and Sri Lanka is to get an advanced offshore patrol vessel (OPV). The ships to both the countries have been delivered months before schedule. Goa Shipyard Limited (GSL) has also begun work on the second OPV destined for the Sri Lankan Navy on Tuesday which is scheduled to deliver next year.

"India has the capability to build such vessels and give them to friendly countries. We are cooperating with all our neighboring countries, and wherever we have weapons, we can cooperate and be a partner in their security setup. From that perspective, Sri Lanka is an important partner in our bilateral relationship and this OPV is a major milestone in our bilateral relationship," A K Gupta, Secretary, Defense Production said after the launch of the advanced OPV for Sri Lanka.

The Indian government had sanctioned two OPVs for Sri Lanka in 2010 and the contract for the same was signed in April 2013. The 105.7-meter-long and 13.6-meter-wide vessels have a full-load displacement capacity of 2350 ton, with an overall beam of 13.6 meters, and a hull draught of 3.6 meters. The OPV can reach a top speed of 24 knots and accommodate a crew of 118, including 18 officers, and a helicopter on its flight deck.

GSL is now looking for fresh orders to capitalize on its businesses via exports. "Though Goa Shipyard is currently the largest exporter of ships in India, with 30% of turnover coming from exports, the orders are now drying up and Goa Shipyard could soon be operating at 50% of its production capacity if new orders do not pour in,” Shekhar Mital, Chairman & Managing Director, GSL, said.

The Sri Lankan Navy will use these vessels in patrols, policing, search and rescue, surveillance and pollution-control missions in Sri Lankan territorial waters. Until now, China has been the largest supplier of large patrol vessels to Sri Lanka.