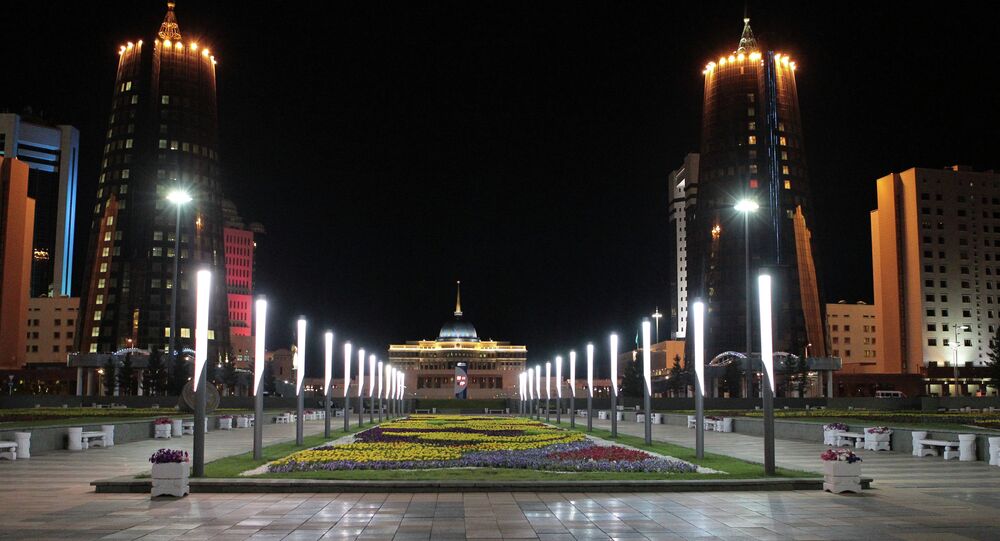 © REUTERS / Ammar Abdullah
Russia, Turkey, Iran to Use Sanctions to Enforce Syrian Ceasefire – Lavrov
ASTANA (Sputnik) — The delegation of the Syrian armed opposition led by Mohamed Alloush arrived on Tuesday to the Kazakh capital to participate in the next round of the Astana talks on Syrian settlement, Kazakh Foreign Ministry spokesman Anuar Zhainakov told Sputnik.

"The delegation of the Syrian opposition headed by Mohamed Alloush arrived in Astana," Zhainakov said.

According to Kazakhstan's Deputy Foreign Minister Mukhtar Tleuberdi, that representatives of armed groups of the Syrian opposition had arrived in Astana.

"A total of 16 representatives of armed groups have arrived in Astana," Tleuberdi told reporters.

On Wednesday and Thursday, Astana is hosting the new round of talks between Damascus and the Syrian opposition, with participation of the delegations from Syria ceasefire guarantor states — Russia, Iran and Turkey, as well as from the United Nations.

© AFP 2021 / Kirill KUDRYAVTSEV
Astana Talks on Syria to Take Place Amid Iran's Differences With Turkey - Tehran
What regards the ehads of the Russian and Turkish delegations at Syria talks, they will arrive in Astana later on Tuesday, spokesman of the Kazakh Foreign Ministry Anuar Zhainakov told Sputnik.

"Delegations of the Syrian government, the UN experts, the experts of the countries-guarantors [Russia, Turkey, Iran] at full strength arrived in the country. Heads of delegations of Turkey and Russia will arrive tonight," Zhainakov said.

Zhainakov added that UN Special Envoy for Syria Staffan de Mistura was expected to arrive later on Tuesday as well.

New round of Astana talks is set to start on Wednesday, while meeting at experts level are scheduled for Tuesday. Russian delegation at Astana talks will be headed by Russian special presidential envoy for Syria Alexander Lavrentiev.

The first three rounds of talks on Syrian settlement brokered by Russia, Turkey and Iran, were held in Kazakh capital Astana on January 23-24, February 15-16 and March 14-15. During the talks, the participants agreed to set up a ceasefire monitoring group, among other issues.