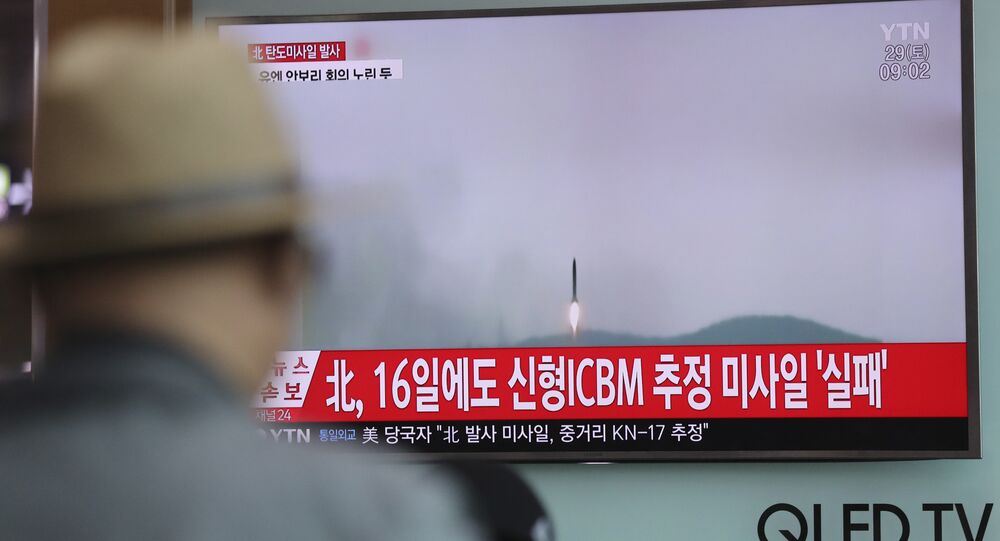 The Democratic People’s Republic of Korea’s (DPRK) most recent missile test, which ended in mid-flight explosion, was intentional and not part of a failed launch, South Korean officials said.

"We don't believe the mid-air explosion was an accident," a government official told South Korean TV outlets. Instead, they believe that the ploy was intended as a test "to develop a nuclear weapon different from existing ones," the official said, according to the Korea Times.

The "unidentified missile" was launched from South Pyeongan Province early Saturday morning. The missile never left North Korean territory, but it did reach a height of 71 kilometers before the projectile blew up, according to US and South Korean military officials.

"It is likely only a matter of time before North Korea develops the capability to strike the US mainland," Secretary of State Rex Tillerson said Friday at a UN Security Council meeting.

This comports with what North Korean state media outlet KCNA said on Monday. The DPRK "has been bolstering its nuclear deterrence despite manifold difficulties," KCNA reported a foreign ministry spokesperson as saying.

The most recent test saw the missile explode about two or three minutes after launch. According to South Korean military experts, the missile reached an altitude three times higher than "stabilizing height, which means the chances that any internal mechanical failure caused the explosion were very low," the Korea Times reported.