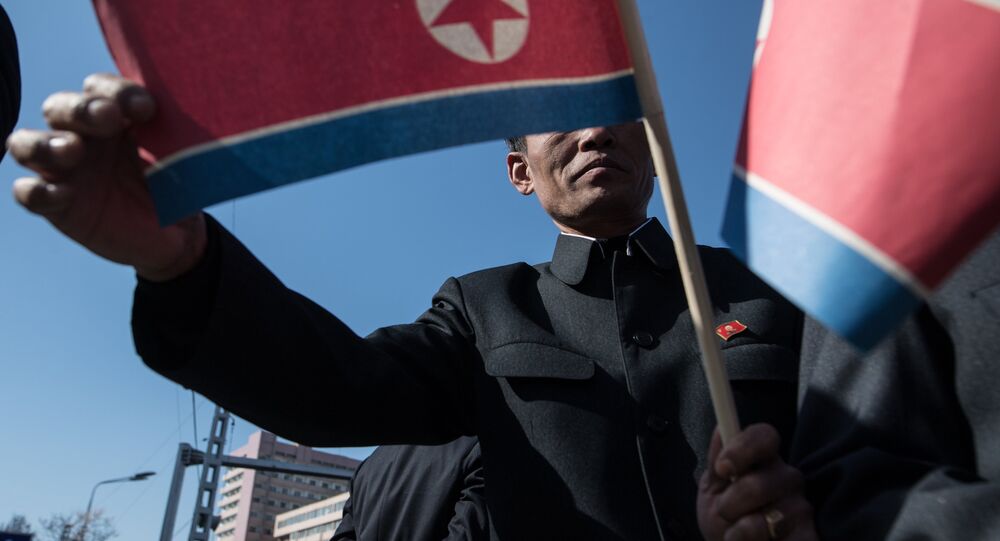 North Korea will boost measures "at the maximum pace" to build up nuclear deterrence forces, the Korean Central News Agency (KCNA) reported Monday, citing a statement by the speaker of the North Korean Foreign Ministry.

© AP Photo / Carolyn Kaster
Trump Doesn’t Care About Your Hurt Knee: Worry About North Korea Instead!
TOKYO (Sputnik) — The statement read that under conditions when Washington insisted on sanctions against Pyongyang and exerted pressure on it, North Korea "will accelerate with the maximum pace the [forces] of nuclear deterrence." While the United States continues its policy of intimidation and blackmail, the Foreign Ministry spokesman said, "the North Korea will continue to strengthen its military potential for self-defense and a pre-emptive nuclear strike."

On Tuesday, South Korea conducted joint military exercises with the United States in the Yellow Sea while Pyongyang on the same day carried out massive firing drills in the eastern port of Wonsan in celebration of the 85th anniversary of the founding of the country's military. The US Navy also carried out drills with Japanese naval forces this week.