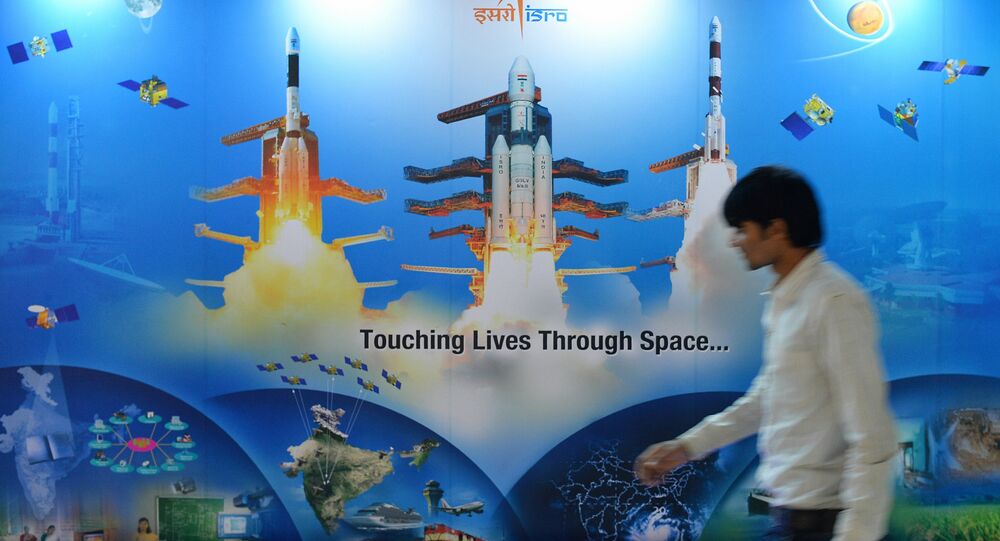 The Indian Space Research Organisation (ISRO) is not just building satellites or driving innovation by sharing its Lithium-ion batteries for powering vehicles, the space agency is helping fishermen locate better catchment areas. By doing this, ISRO is helping India save over $ 2 billion per year.

© AFP 2020 / ARUN SANKAR
ISRO Beams in Private Firm to Make Two Satellites for Navigation
New Delhi (Sputnik) — Speaking at the Osmania University, Hyderabad on ‘India in Space’, ISRO chairman A.S. Kiran Kumar said the space agency is issuing cyclone alerts to fishermen and early warnings in the southern state of Kerala. Not only that, ISRO zeroed in on a fishing hamlet and advised fishermen from its development center near Thiruvananthapuram.

The locals volunteered to give up their land to ISRO for developing the center although initially there was some resistance, Kumar added.

“ISRO aims to tap into the lucrative global space industry and these communication satellites will add to its list of achievements. ISRO’s success lies in offering reliable, cost-effective technology amid experienced players such as Russia, the US, Europe, and China. We have the advantage of English which makes the entire process more transparent for others,” Dr Mayank Vahia, Department of Astrophysics, the Tata Institute of Fundamental Research, said.