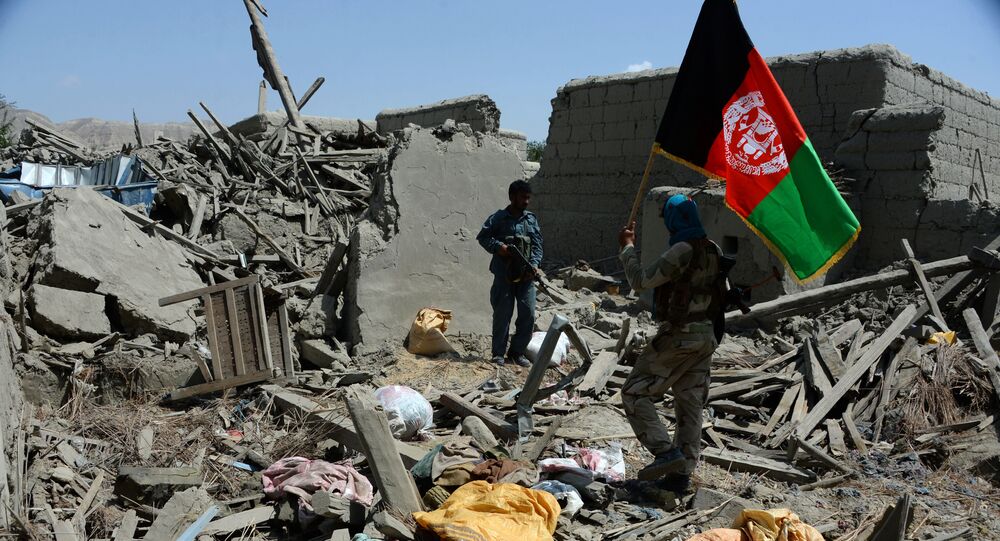 Geopolitical games around Afghanistan do not take into account the interests of the local population, the Russian foreign minister said adding that Russophobic tendencies are being observed.

MOSCOW (Sputnik) — There are geopolitical games around Afghanistan, but there is no concern in them for the Afghan people, Russian Foreign Minister Sergei Lavrov said Tuesday at a meeting with ex-Afghan President Hamid Karzai.

"Unfortunately, geopolitical games are unfolding around Afghanistan, which have nothing to do with concern for the destiny of the Afghan people," Lavrov said.

He added that there are attempts to use Russophobic tendencies in those games.

© Sputnik / Natalia Seliverstova
Moscow Reveals Its Aims in Contacts With Outlawed Taliban in Afghanistan
Afghanistan is in a state of political and social turmoil, with government forces fighting the continuing Taliban insurgency. The instability has persisted in the country since the 2001 US-led invasion to defeat the Taliban and al-Qaeda in the wake of the 9/11 attacks in the United States.