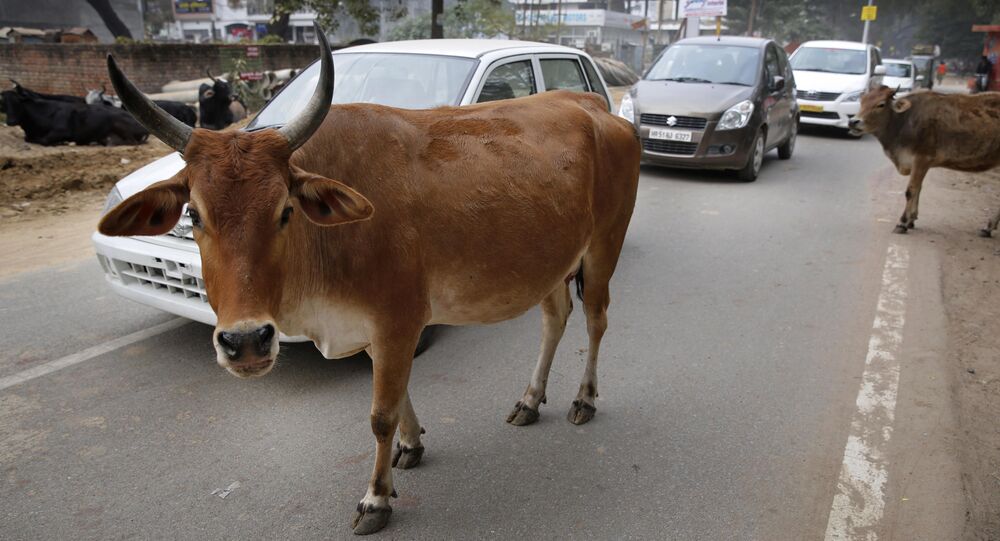 The Indian government will soon provide a unique identity number and tag to all heads of cattle in the country as recommended by an expert panel to prevent the smuggling of the holy cow into Bangladesh.

New Delhi (Sputnik) — According to the recommendations of the expert panel, the Unique Identification Number of the cattle will be in the form of a polyurethane tag which will contain the details of sex, breed, age, height, color, tail, horn type and special marks on the body. Furthermore, the owner of the cattle must also maintain a registration proof which will be transferred to the next owner in case of a sale or transfer of the cattle.

The Indian government will soon issue an advisory to all state governments and Union Territories for compliance.

© Sputnik / Sergey Pyatakov
The Newest Health Craze In India: Cow Urine
The cow is considered to be holy by Hindus in India and ever since the right-wing National Democratic Alliance, led by Bharatiya Janata Party (BJP), came to power in India, cow protection by several vigilante groups has gathered momentum, which has also put the government in an embarrassing situation on several occasions.