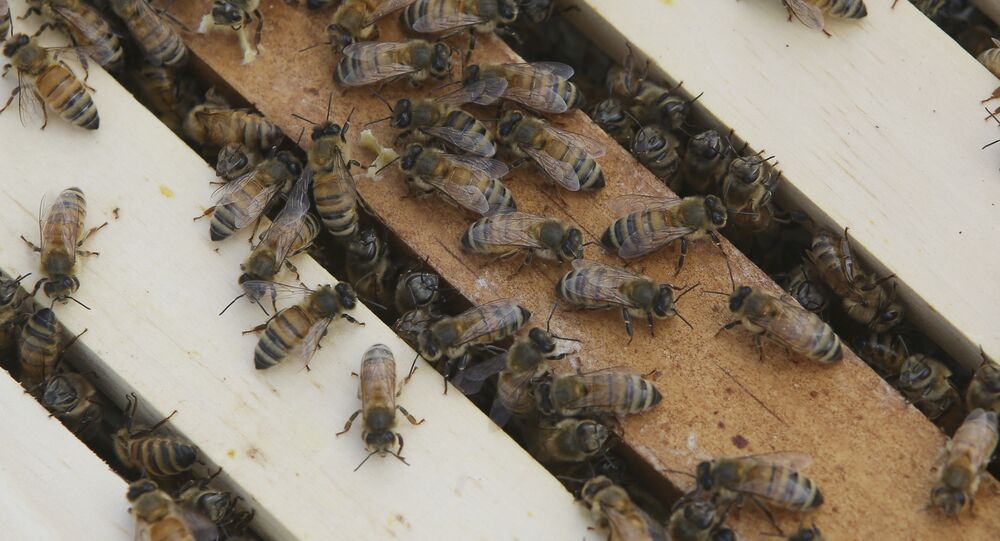 Seeking to work around the alarming global decline of the traditional honey bee, new breeds and strains of the important insect, including a native Indian stingless bee, are being introduced in attempts to maintain world crop pollination.

As traditional honey bee populations around the world continue to drop, researchers with the Indian Council of Agriculture Research (ICAR), and at a honeybee research center at the Kerala Agricultural University (KAU), will collaborate with Australia's Western Sydney University to introduce the Kerala stingless honey bee (Tetragonula iridipennis) as an alternative pollinator.

Found around the world, the stingless honey bee's Tetragonula variant, native to the southwest Indian state of Kerala, is smaller than the traditional honey bee (Apis genus) known to Westerners, and could be used as an alternative to dying traditional bee populations to pollinate crops in India and Australia.

The move comes not a moment too soon, as, according to prominent bee researcher and former KAU head S Devanesan, "The declining bee population could pose threat to global agriculture. [Colony collapse disorder] has wiped off a substantial chunk of honey bee colonies in Europe and America."

"The use of the neonicotinoid class of pesticides and effects of climate change are adversely impacting bees, which makes research on alternative pollinators relevant," he said.

According to the principal scientist at the All India Coordinated Research Project (AICRP) on honey bees and pollinators at KAU, K S Prameela, "Stingless bees have increased effectiveness as pollinators since they can enter smaller flowers. The main aim of the research here is to find out if stingless bees can be used for increased yield in fruits and vegetables in India and Australia," as reported by India Times.

The traditional honey bee, in spite of its tiny size, carries an outsize weight of responsibility, as the act of pollination carried out by the friendly little insect is responsible for an astonishing one-third of the entire food supply of Earth.

Colony collapse disorder (CCD) as a result of climate change and the widespread use of popular neonicotinoid pesticides — including products manufactured and sold by multinational agricultural giants Bayer, Syngenta and Sumitomo — have caused enormous numbers of the bees around the world to die, imperiling the world's food supply.

Currently the AICRP study has shown a 20 to 25 percent increase in cucumber and bitter gourd crop yields after stingless bees were introduced as pollinators in the region, according to KAU's Prameela.

Hawaiian Bees First to Appear on US Endangered Wildlife List