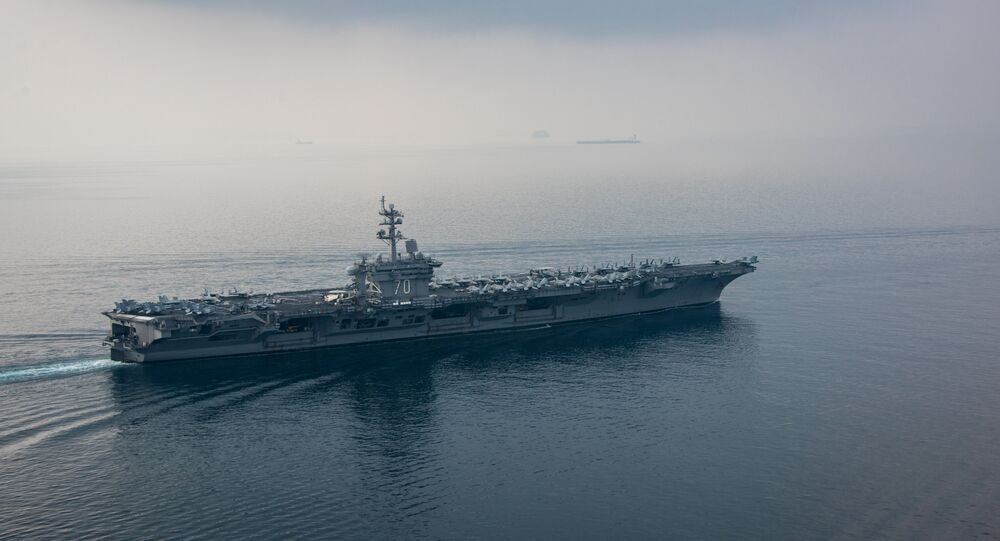 Washington sent the naval group from Singapore toward North Korea earlier in April amid raised tensions on the Korean Peninsula with ballistic missile and nuclear tests expected from Pyongyang. US President Donald Trump said an "armada" has been sent, but the date and time of the drill remains unknown. The armada's location is also uncertain.

On April 14, media reported that Trump might order a strike against Pyongyang in case of yet another North Korean nuclear test which was expected to mark the country's founder Kim Il Sung's 105th birth anniversary the next day. The North Korean general staff responded with threats of a strike against US military bases in Japan and South Korea, as well as the presidential residence in Seoul in case of US aggression.

North Korea ended up carrying out a failed ballistic missile test on the anniversary, according to South Korean statements.

The situation on the Korean peninsula has been tense with North Korea testing ballistic missiles and nuclear weapons in violation of UN Security Council resolutions, while the United States decided to deploy a Terminal-High Altitude Area Defense (THAAD) anti-ballistic missile system to South Korea despite protests from neighboring China and Russia.