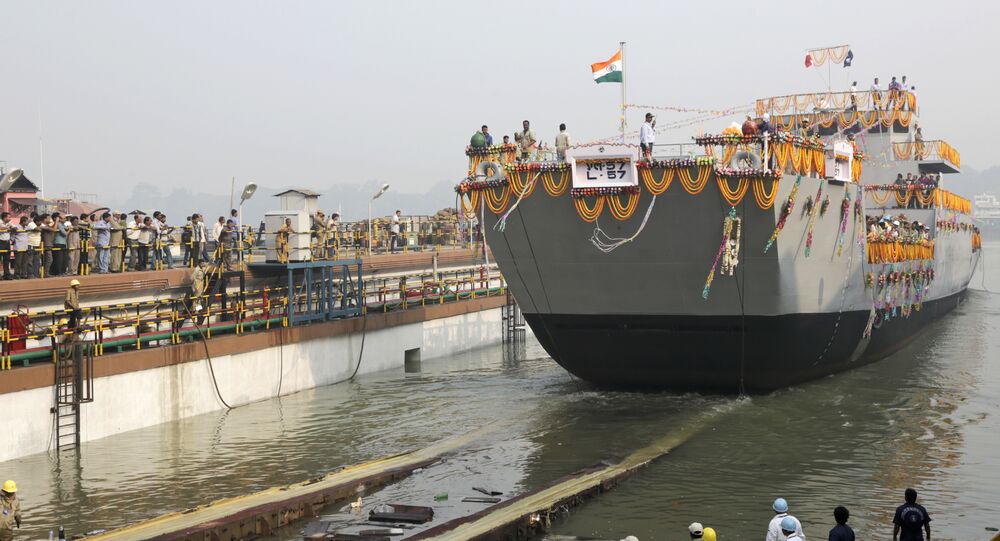 In a bid to gain defense shipbuilding know-how, India and South Korea have signed a MoU for the next five years. Under the pact, the two governments will recommend organizations for collaborating in the implementation of specific projects. India has nominated Hindustan Shipyard Limited (HSL).

© Wikipedia / Sergey Krivchikov
India’s Anti-Ship Missile Maiden Firing by llyushin 38-SD Hits Target in Arabian Sea
New Delhi (Sputnik) — The pact was conceived under the overall umbrella of the Special Strategic Partnership between both sides as declared in the Joint Statement of the Prime Minister of India and the President of the Republic of Korea in May 2015.

The South Korean government is yet to name its recommended organization and is expected to do so in due course of time. “The cooperation with the recommended Korean Shipyard would enable HSL to upgrade and modernize its facilities and execute naval shipbuilding projects in a timely and cost effective manner. HSL would be able to imbibe best practices in shipbuilding leading to effective project management,” Ashok Kumar Gupta, Secretary (Defence Production), Indian defense ministry, said.

The ministry expects substantial growth in HSL’s production, leading to the creation of more employment avenues. The Indian government has also planned to identify and develop indigenous sources/vendors for the supply of majority of the material and equipment that would be needed in co-operative naval projects.