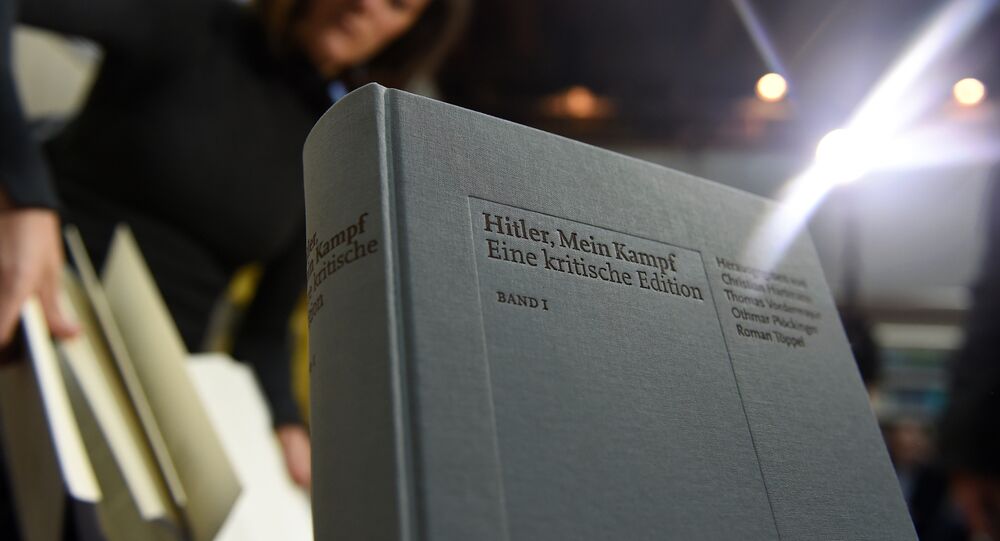 Schoolchildren in Japan are to read excerpts from Mein Kampf during history classes, the Japanese government has announced.

Japanese schoolchildren are to read Adolf Hitler's Mein Kampf, after the government took the controversial decision to allow schoolbooks to contain excerpts of the fascist text.

According to Koichi Hagiuda, Deputy Chief Cabinet Secretary, the book will be used to improve students' knowledge about the early twentieth century.

"There are examples of teaching materials with partial citations from 'Mein Kampf' being used in order to reflect on the historical background of the era in which it written. It is being used in a negative, not a positive way," Hagiuda explained at a press conference on Wednesday, RIA Novosti reported.

© AP Photo / Matthias Balk
Hitler's Mein Kampf Becomes Surprise Bestseller in Germany
The Japanese Cabinet had confirmed the change on Friday after a question from the opposition Democratic Progressive Party. It said the book will be used in a way which does not contravene Japan's Fundamental Law of Education.

Mein Kampf is a semi-autobiographical account of Hitler's life which also outlined the manifesto of his party. The book represents the basis of Nazi ideology, including anti-Semitism, ideas of German racial superiority and the concept of Lebensraum (living space), the idea that Germans needed more space and should take that space from eastern Europe, and particularly Russia.

The Cabinet's move to allow the study of Mein Kampf follows its decision last month to allow schools to study another historical text which is said to have influenced the rise of Japanese nationalism and the outbreak of World War Two.

Previously forbidden from use in classrooms, the Japanese government has said that the Imperial Rescript on Education, which was issued by Emperor Meiji in 1890, can now be used in education classes.

© Photo : pixabay
Guilt Trip: The Japanese' Shame of Taking Vacation Turns Into National Disaster
Critics say the 315-word text, which was memorized by schoolchildren and hung in Japanese classrooms alongside the Emperor's portrait, contributed to Japan's entry into the Second World War as it served as the basis of moral and civic instruction which drilled ideas of "loyalty and filial piety" towards the emperor from his subjects.

It was officially abolished by Japan's National Diet in 1948, however Tokyo has now said that the text can be used in schools as long as the teaching does not contravene Japan's Constitution and Fundamental Law of Education.