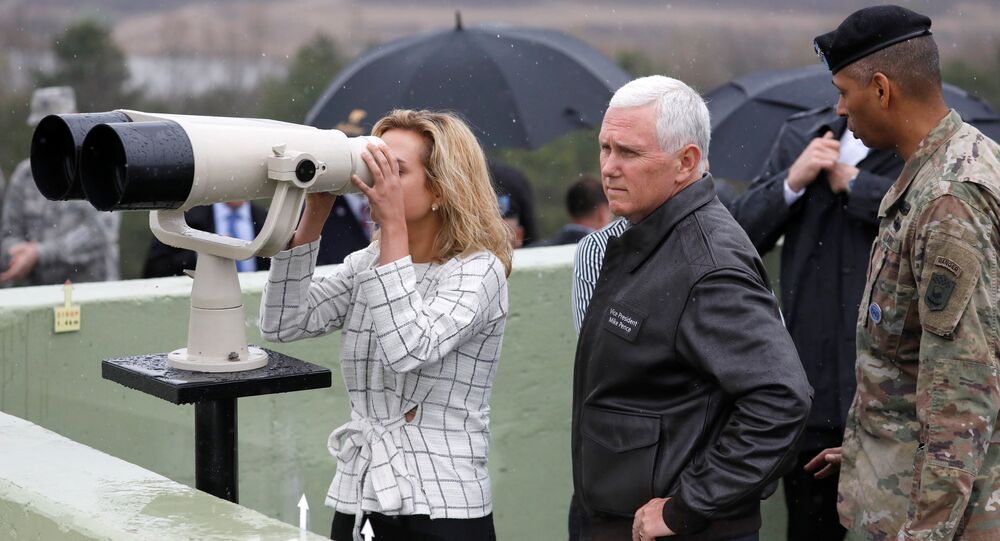 Vice President said that United States will enhance its military presence in the Asia Pacific region amid growing threat emanating from North Korea.

"The United States will strengthen its presence in the Asia Pacific…. The United States of America will always seek peace but under President Trump, the shield stands guard and the sword stands ready," Pence said aboard the Ronald Reagan aircraft carrier at the US Yokosuka naval base in Tokyo Bay.

He added that Washington expected Japan to play a larger role in the bilateral strategic alliance in the coming years.

On Tuesday, Pence said during a joint press conference with Japanese Deputy Prime Minister Taro Aso that the United States would continue to work with its allies to address the gravest threat to the region emanating from North Korea.

Pence's visit to Japan comes amid the aggravation of the situation on the Korean peninsula with the South Korea and US military reporting April 16 that they had witnessed what they believe to be a failed missile test by Pyongyang which followed a number of missile launches and nuclear tests by Pyongyang considered to be in violation with the UN Security Council resolution.

On April 14, US media said that US President Donald Trump might order a strike against North Korea in the event Pyongyang decided to carry out another nuclear weapon test. The reports came after Trump said that the North Korean nuclear issue would be "taken care of," while at the same time calling on China to pressure its neighbor into giving up its nuclear program.