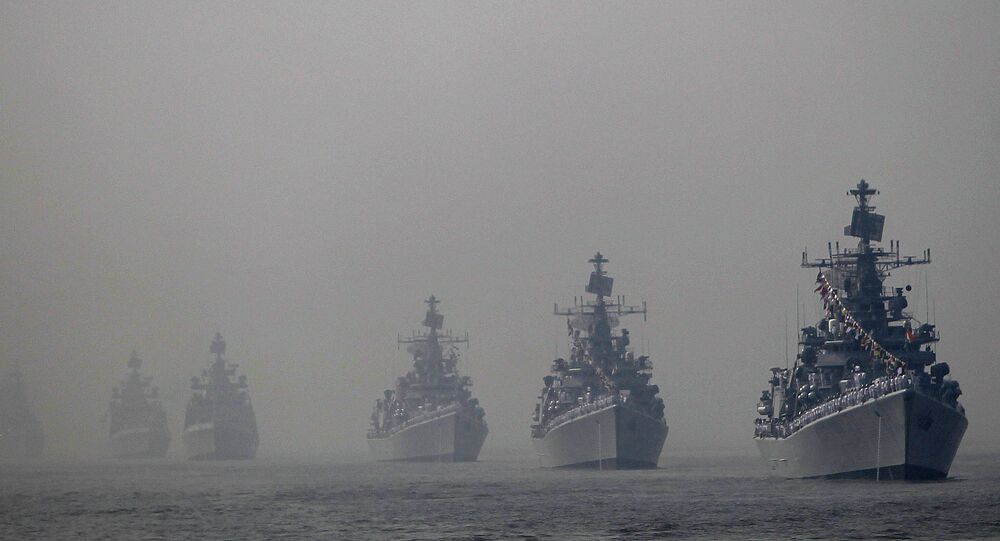 The Indian Navy has set its target to finalize a $2.6 billion contract for Landing Platform Docks with private Indian shipbuilders by the end of this year.

Indian Navy has planned four 20,000 ton LPD for induction in the next decade. India’s private manufacturers Reliance Defence and Engineering Limited (RDEL) and Larsen & Toubro (L&T) have cleared the financial and technical tests and have submitted commercial bids to the Indian defense ministry. L&T has a tie-up with Navantia of Spain and RDEL with DCNS of France.

Vice Admiral Deshpande said India aims to emerge as a defense manufacturing hub in the future; thus the Navy seeks the support of industry, researchers, DRDO and government organizations. He added that proactive government policies aimed at easing business rules would help forge a collaborative environment.

According to the Indian Navy tender issued in 2013, LPD should not be more than 215 meters long and have a draft no more than 8 meters in full load conditions. The ships will be powered by electric propulsion systems. The proposed LPD will have the capacity to carry six main battle tanks, 20 infantry combat vehicles and 40 heavy trucks. Each ship is expected to carry 1,430 personnel, 470 sailors and 900 troops.

The Indian Navy is strengthening its amphibious warfare capabilities to counter growing Chinese influence in the Indian Ocean Region. The Indian Navy operates former US-owned, Austin-class LPD Trenton. It was acquired by India in 1997 and renamed INS Jalashwa.

Currently, India’s amphibious warfare capability is burdened with nine older tank landing ships of various sizes and capabilities. The 5655-ton Shardul class ships are the latest ones which are a hybrid of LST and LSD designs. They are an evolution of the Magar class amphibious landing ships. Shardul and Magar class can carry 10 armored vehicles, 11 armored personnel carriers and more than 500 troops.