Why China's Economy is Likely to Benefit From Korean Standoff

The uneasy standoff on the Korean Peninsula poses no threat to the Chinese economy, which has thrived this year, Chinese finance expert Liu Zhiqin told Sputnik.

© AP Photo / Ahn Young-joon
Apocalypse Sooner: South Korea Speeds Up Preparation of Ballistic Arsenal
In an interview with Sputnik, Liu Zhiqin, an expert with the financial research institute at the People's University of China, said that the thriving Chinese economy will not be affected by the ongoing tensions on the Korean Peninsula.

According to China's National Bureau of Statistics, the country's GDP in the first quarter of 2017 grew by 6.9 percent, which was higher than the official forecast and experts' expectations.

What's more, this proved to be the highest growth rate China's economy has been able to post since 2015.

"Given that the Chinese economy showed sustained growth in the first quarter of this year amid the holiday season, we have ample opportunity to improve performance in the next quarter," Zhiqin said.

According to him, the next six months will be a turning point for the Chinese economy.

Chinese economy is back to double-digit growth in nominal terms: its fastest in five years. pic.twitter.com/q8x02FYeCZ

Zhiqin pointed out that China's ability to continue to maintain its economic growth at 6.7-6.8 percent will depends "on a number of external and internal factors."

"The Chinese economy will not be damaged by the current situation on the Korean Peninsula, which could even have a positive impact on China's economic growth. A number of neighboring and Western countries, fearing that the situation in the region will worsen, could pre-purchase or pre-order Chinese-made goods in large quantities in order to accumulate them," he said.

Zhiqin added that even though the situation on the Korean Peninsula "will undoubtedly affect China's trade ties with North Korea, Beijing's current volume of trade with Pyongyang is 'a drop in the ocean' against the background of China's overall foreign trade turnover."

Last Sunday, South Korea's Joint Chiefs of Staff said that North Korea had attempted to launch an unidentified missile earlier that day but appears to have failed.

Separately, the deployment of elements of the US Terminal High Altitude Area Defense (THAAD) system began in South Korea in early March in response to North Korea's ballistic missile tests, despite China's strong opposition to the move. 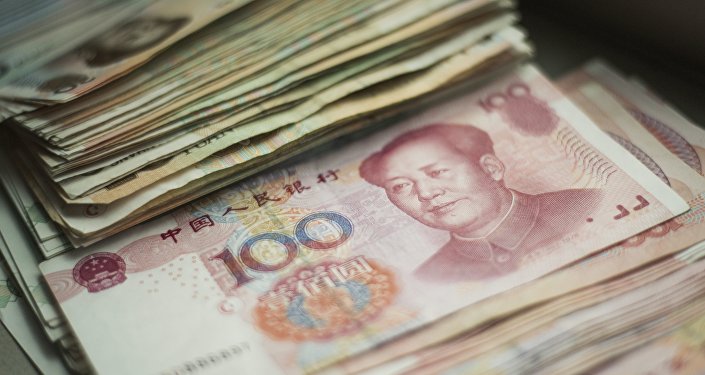 US officials announced late last week that an aircraft carrier strike group was en route to the Korean Peninsula amid increasing tensions.

North Korea declared itself a nuclear power in 2005. The United States, Japan and South Korea, as well as Russia and China, took part in talks with Pyongyang between 2003 and 2009 on denuclearizing the Korean peninsula, but North Korea withdrew from the talks.