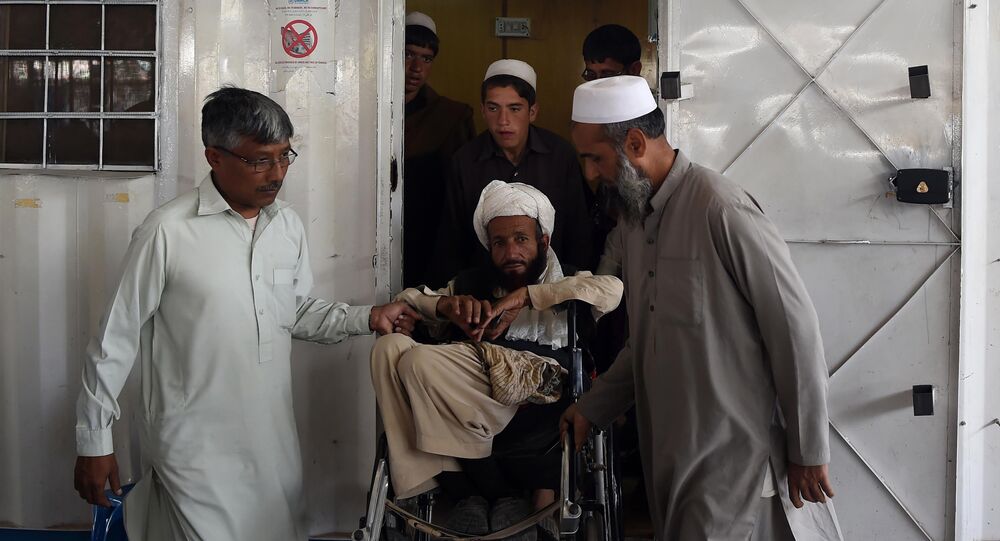 No evidence has been found to prove that Afghan refugees in Pakistan had been forced to return as a result of a campaign of intimidation and police extortion, Pakistani Deputy Foreign Minister Tasnim Aslam told Sputnik, commenting on a human rights watchdog's report alleging that almost 600,000 Afghans were forcefully repatriated.

MOSCOW (Sputnik) — According to the Human Rights Watch (HRW) report released in February, the number of Afghan refugees in Pakistan had decreased from 2.5 million at the end of 2015 to 1.9 million at the end of the following year as a result of a campaign of intimidation and police extortion launched by Islamabad during the latter half of 2016.

"We have hosted Afghan refugees for almost 40 years. If our intention ever was to throw them out, we would have done that a long time ago. We have always maintained that the Afghan refugees need to go back with dignity, and voluntarily. The UNHCR [UN High Commissioner for Refugees] responded to the HRW report, the refugees were extensively interviewed by the media. There was no evidence found that support allegations they had been thrown out of their places of residence. Besides, we once again extended the deadline for the return till 31 December of 2017," Aslam said.

YouTube (screenshot)
‘This is What Freedom Looks Like’: Fox News Gleefully Celebrates Death in Afghanistan With Music Video
The Pakistani official explained that the majority of those who returned to Afghanistan in 2016, chose to go back because they had been offered a doubled repatriation payment. "In 2016 the UNHCR almost doubled the amount of payment to the refugees, who went back to Afghanistan for $200 — 400. This was one incentive that motivated some of them to go back," Aslam noted.

She also stressed that Kabul has so far failed to fully implement its obligations to support returnees and develop infrastructure in local communities to foster the sustainable reintegration of refugees.

"When the present Afghan government assumed office, Afghan President Ashraf Gani listed in his priorities, publicly and bilaterally with us, the return of Afghan refugees to their homes. Subsequently, we didn’t see much movement on that front. There was no focus on conditions that should have been created for their return," she said.

According to Aslam, there are still close to 3 million Afghan refugees living in Pakistan.

© AP Photo / Aamir QURESHI
Pakistan Welcomes Extended Format of Afghanistan Peace Talks in Moscow - Foreign Ministry
The lack of control and instability turned the country into home to the largest opium poppy production and distribution network in the world.

As a result of this instability, many Afghans have left the country, with nearly 2.6 million Afghan nationals living in over 70 countries across the world, mostly in Iran and Pakistan. Since 2002, nearly 5.8 million Afghans have repatriated, with 4.8 million returns being facilitated by the UNHCR.