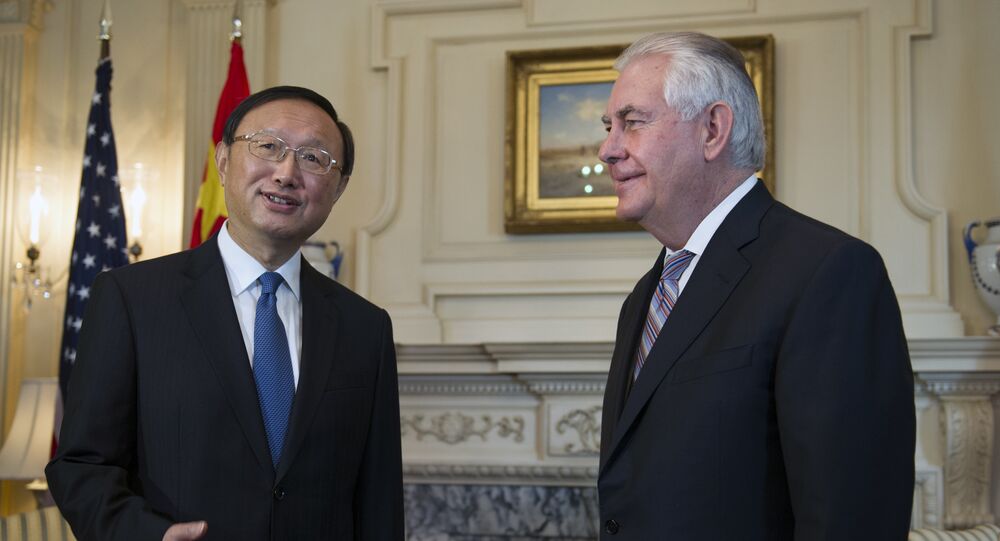 "I suppose the exchange of opinions between senior representatives of China and the United States [Yang and Tillerson] is a normal situation. There is no connection between this [talk] and [North Korea’s] launch," Lu said at a briefing.

Lu noted that Beijing and Washington maintained close coordination since the new US administration came to the White House in January.

Tensions on the Korean Peninsula have become escalated ever since North Korea carried out a number of missile launches and nuclear tests, which constitute a violation of relevant resolutions adopted by the UN Security Council. Most recently, North Korea conducted a launch of four missiles in the direction of the Sea of Japan on March 6 and reportedly launched a ballistic missile from Sinpho, South Hamgyong province, on April 5.