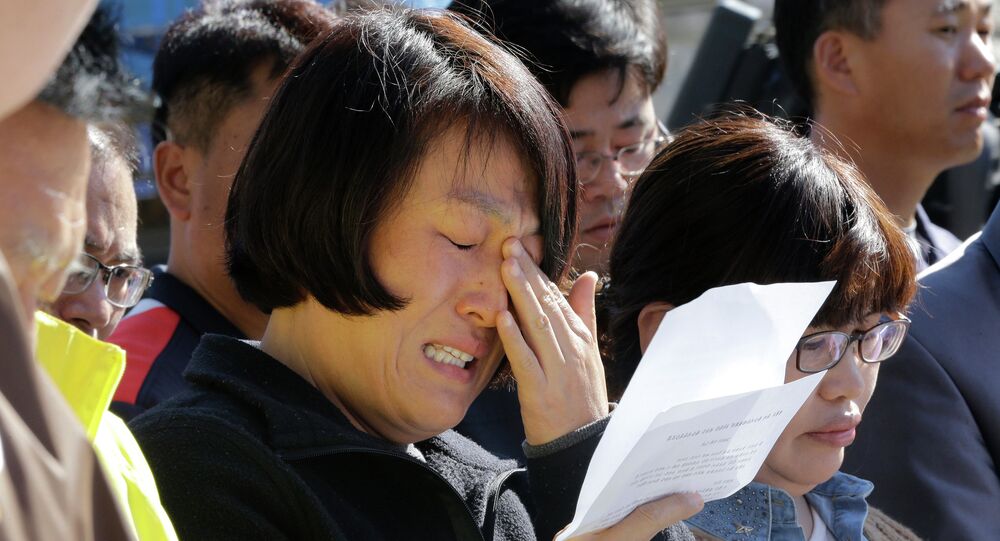 More than 1,000 people in South Korea took part in the ceremonies on Sunday in commemoration of victims of the Sewol ferry’s deadly shipwreck, which happened three years ago, local media reported.

TOKYO (Sputnik) — The families of victims, officials and the residents of the Jindo island have attended the memorial service in front of Paengmok Port, the nearest point from the coast to the site of the Sewol’s wreckage, the Korea Times reported.

Over 300 people died when the Sewol ferry sank on April 16, 2014. The bodies of 295 people have been recovered, nine are still missing.

Earlier in the week, the South Korean authorities transported the Sewol ferry, previously lifted out of the water, to a dry dock of the South Korean port of Mokpo. The ferry is now being studied by the experts.

On April 2, South Korea's Ministry of Oceans and Fisheries said that the country is going to conduct a massive search of over 340,000 square feet of the seabed, near the site of the Sewol’s wreckage, to find remains of missing people and clues that can help to better understand causes of the shipwreck.