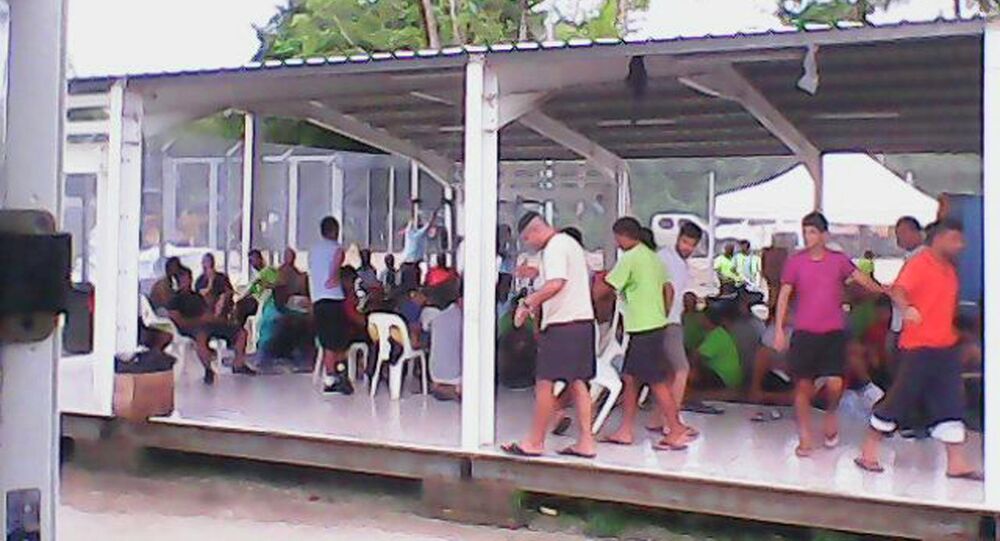 "Today’s shooting serves as just another example that Manus island detention facility is not a safe place for asylum seekers. More incidences like this are inevitable unless the refugees and asylum seekers are relocated to safety," Anna Neistat, the Amnesty International’s senior director for research said.

She urged to take all necessary measures, including adequate medical care to those who may have received injuries, to ensure the immediate well-being of refugees, stressing that those "trapped" on Manus Island and on Nauru must be "brought to Australia or any other country where their rights and safety can be assured."

© AFP 2020 / Peter Parks
Crimes Against Humanity: Bid to Put Australia Before ICC Over Offshore Detention
A prior attack on refugees on Manus Island took place in February 2014. The high-profile killing of Iranian refugee Reza Barati in the brutal attack brought thousands of people across Australia into the streets to commemorate his death.

There are currently 861 refugees living on Manus Island and 380 refugees on Nauru Island, according to data released in January by the Department of Immigration and Border Protection of Australia's government.