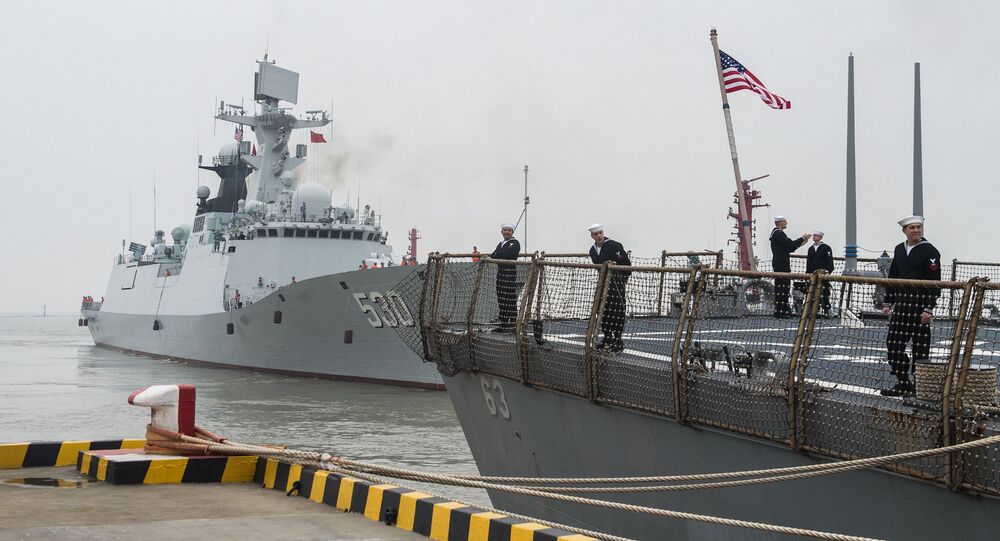 US Arleigh Burke-class, guided-missile destroyer Stethem is conducting operations in the South China Sea, where it completed a refueling from the New Zealand ship Endeavor, the US Navy said in a press release on Friday.

© Flickr / Naval Surface Warriors
US Navy Schedules Christening for Newest US Guided-Missile Destroyer on Saturday
WASHINGTON (Sputnik) — In addition to South China Sea activities, the Stethem has operated alongside the Carl Vinson Strike Group and Korean Navy vessels in the waters off the Korean Peninsula, the release noted.

"Conducting these types of operations with our allies builds proficiency and sustains our ability to maintain a persistent presence throughout the 7th Fleet area of operations," Command Senior Chief William Palmer IV stated.

Once deployed, the Stethem completed a refueling-at-sea operation with the New Zealand ship Endeavour.

Tactical actions officer Robert Kline stated in the release that the operation has provided vital experience that increases the Navy’s proficiency in mission critical areas.

On April 8, the US aircraft carrier strike group Carl Vinson was dispatched to the Korean Peninsula amid tensions in the region.