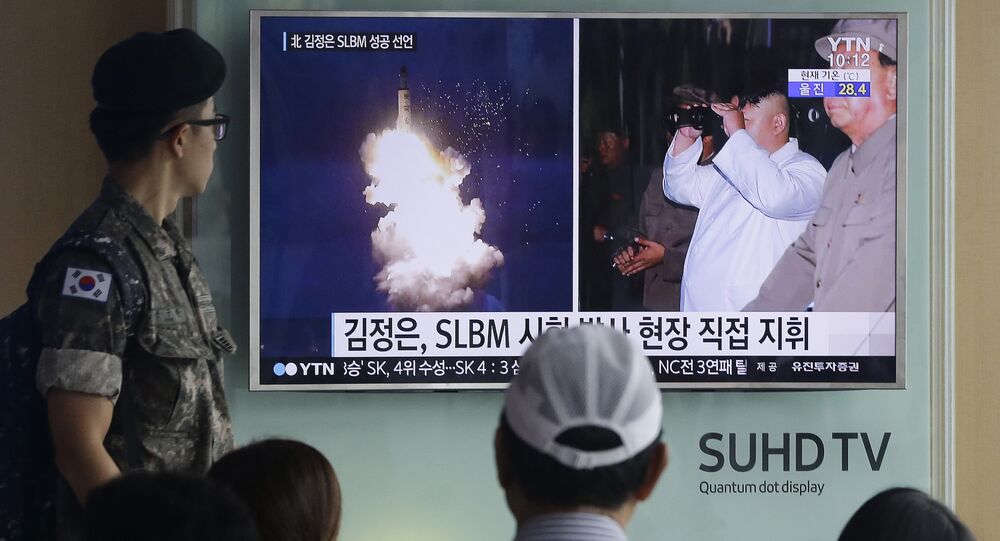 Japan’s National Security Council (NSC) has been discussing plans to respond to the tensions on the Korean Peninsula since February, Japanese media report.

According to the newspaper, NSC is reportedly considering evacuating Japanese nationals from South Korea and finding ways to protect Japan from the risk of disguised North Korean soldiers entering the country amid a possible inflow of refugees.

On Thursday, US President Donald Trump told reporters at the White House that the North Korean "problem" "will be taken care of." Abe reportedly fears that US pressure on Pyongyang could lead to a crisis on the Korean Peninsula.

Abe said on Thursday that North Korea could be capable of loading its missile warheads with the sarin nerve agent.