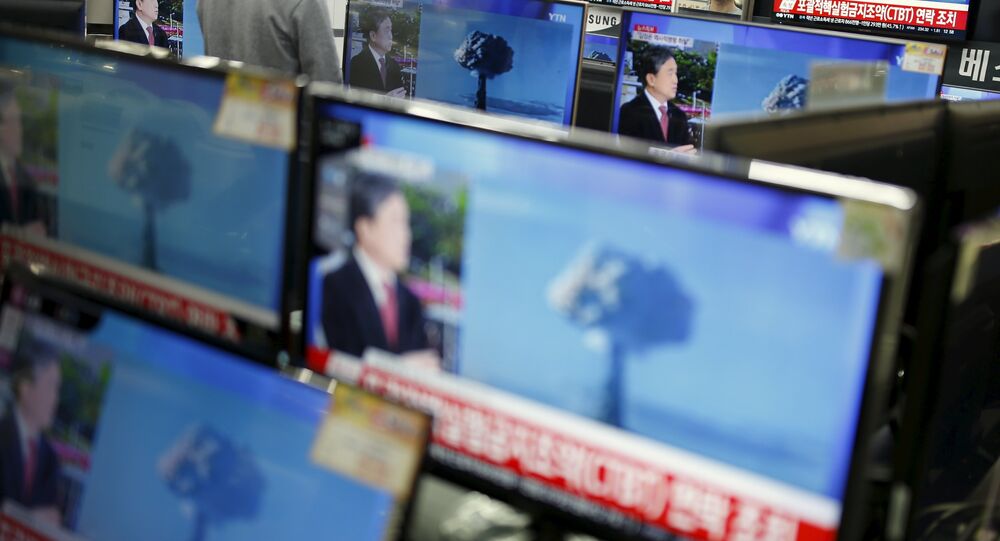 Washington is expecting that Beijing will use its "economic leverage" over North Korea to persuade Pyongyang abandon its nuclear aspirations, the US State Department spokesman claimed.

WASHINGTON (Sputnik) — China is expected to use its influence over North Korea to persuade Pyongyang to halt its nuclear and ballistic missiles programs, US Department of State spokesperson Mark Toner said during a press briefing on Thursday.

"We expect China obviously to assert its leverage that it has… it’s also got a very robust trading program with North Korea," Toner said. "Clearly, [China] has economic leverage over North Korea. We’re looking at it to leverage its unique relationship with North Korea to persuade the regime in Pyongyang to reconsider."

Toner noted that North Korea’s frequent ballistic missile tests in the previous six months have raised a sense of urgency in the international community.