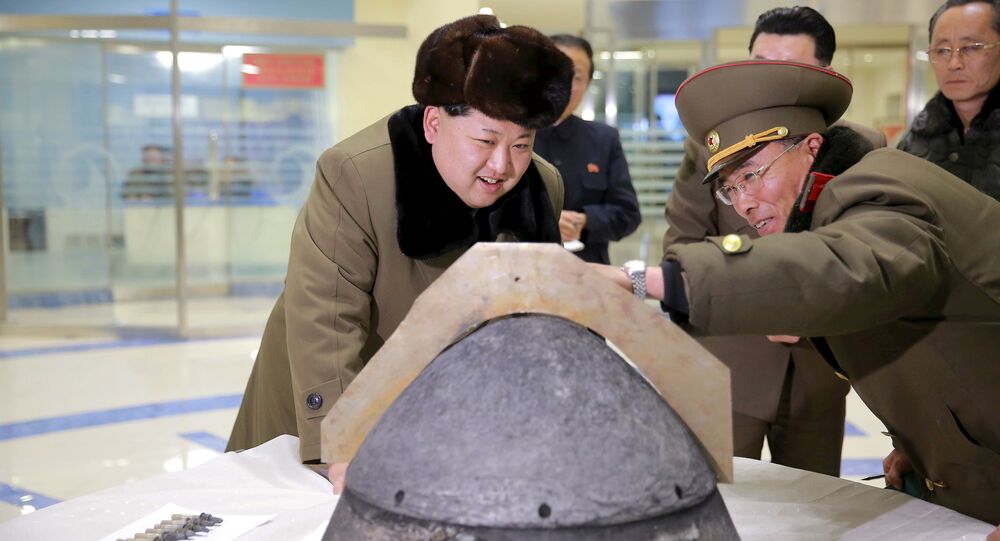 May, Trump Stress Importance of All States Putting Pressure on North Korea

UK Prime Minister Theresa May and US President Donald Trump stressed the importance of the international community constraining threats that North Korean regime poses to other nations.

LONDON (Sputnik) — May andTrump emphasized during a phone call the importance of the international community, in particular China, putting pressure on North Korea, considering the threat it poses, a Downing Street spokesperson said Monday.

"The Prime Minister and President also stressed the importance of the international community, including China, putting pressure on North Korea to constrain the threat it poses," the spokesperson said.

© Sputnik / Mikhail Voskresenskiy
North Korea Calls Syria Missile Strike by US ‘Unforgivable,' Says Such Acts Justify Nuke Program
In March, Trump said Chinese authorities have done "little to help," to address the threat posed by the North Korean nuclear program. However, on April 2, he said the United States counted on China's assistance in solving the problem of North Korean threat, but was ready to act alone in case of Beijing's abstention.