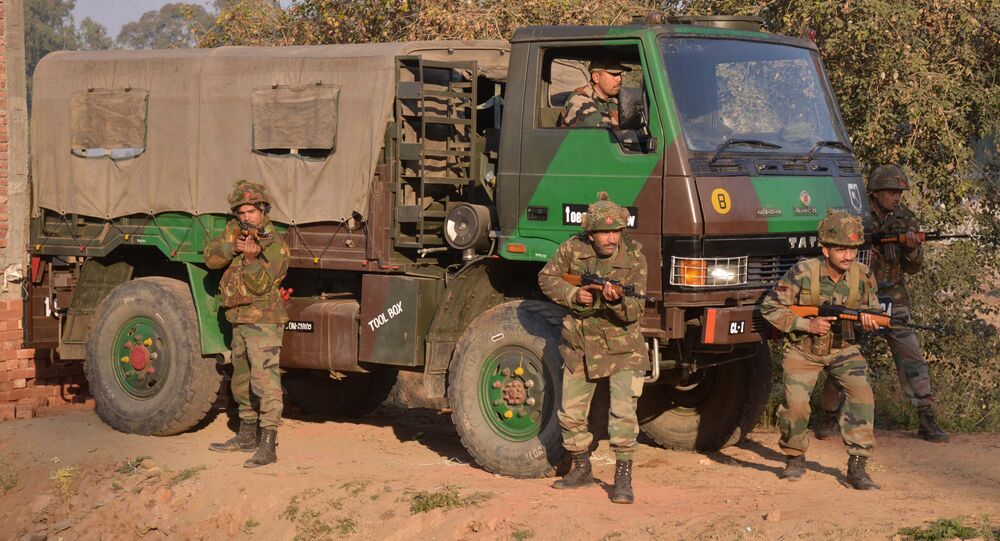 Four militants were killed by the Indian Army during an attempt to cross the line of control in the disputed Kashmir region.

NEW DELHI (Sputnik) — Indian security forces have killed four militants who tried to cross the line of control in the disputed Kashmir region, the Northern Command of the Indian Army said Monday.

© REUTERS / Denis Balibouse
India Has Harsh Words for UN Human Rights Chief’s Kashmir Remark
On Sunday, militants carried out an attack on a police station in south Kashmir’s district of Kulgam, with no casualties being reported from either side. The attack occurred after clashes between Indian security forces and protesters during the by-elections to the parliament's lower house in the Srinagar Lok Sabha constituency in the Jammu and Kashmir, with at least six people killed and several injured.

The region of Kashmir has been disputed by India and Pakistan since the dissolution of British India and the establishment of the two countries in 1947. Some local residents, especially those residing in the Kashmir Valley, call for greater autonomy or even independence from India.