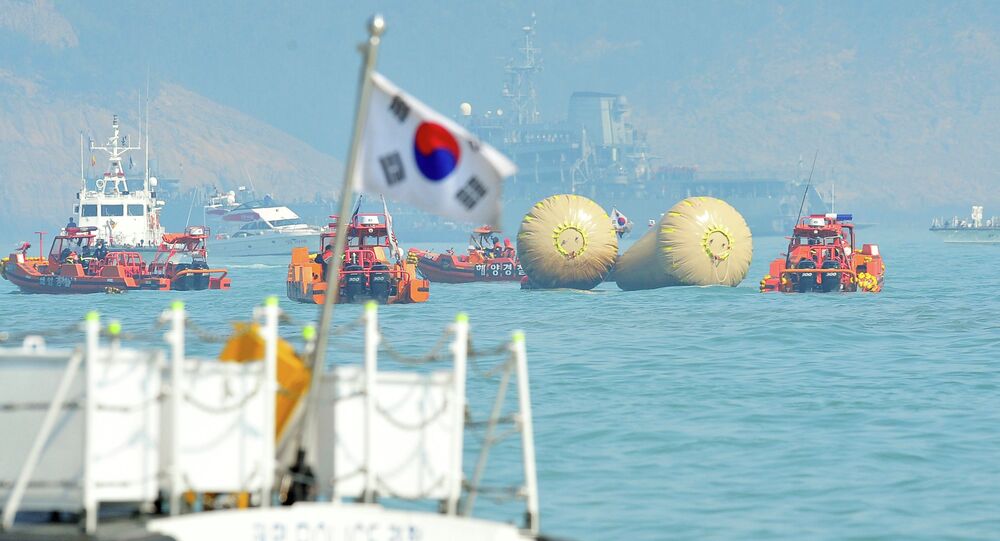 The South Korean authorities have started the transportation of the sunken Sewol ferry.

The transportation process was launched at 09:00 local time [00:00 GMT] with some 600 module transporters being used to carry Sewol on land from the vessel, the South Korean ministry said, according to the Yonhap news agency.

© AFP 2020 / JUNG YEON-JE
South Korea to Search Site of Sewol Ferry’s Shipwreck in Quest for Human Remains
The transportation is likely to be finished by Monday’s morning, the Sewol will then be studied by the experts.

The ferry, which originally weighted almost 7 tons, currently weighs 16,000 tons due to the water and mud, according to the agency.

Sewol was lifted out of the water and put on a transport vessel on March 25.

On April 2, the Ministry of Oceans and Fisheries said that South Korea is going to conduct a massive search of over 340,000 square feet of the seabed, near the site of the Sewol’s wreckage, to find remains of missing people and clues that can help to better understand causes of the shipwreck..

Over 300 people died when the Sewol ferry sank in April 2014. The bodies of 295 people have been recovered, nine are missing.

Lifted Sewol Ferry Expected to Be Brought to Port Next Month