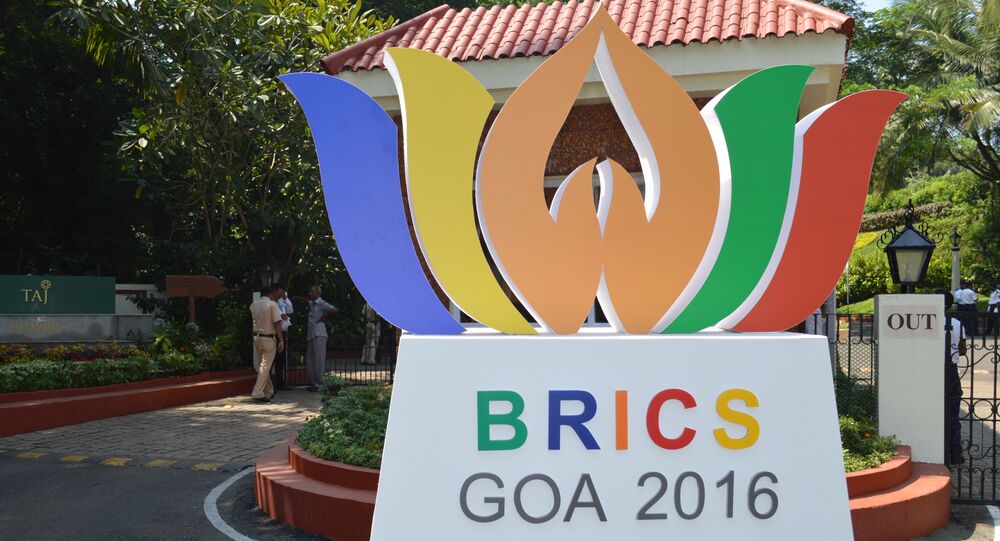 © Sputnik / Vladimir Fedorenko
BRICS's NDB May Approve Three Projects Worth $600-700Mln Each in Russia in 2017
This year’s Economic Survey, presented a day before the Union Budget, raised the issue and talked about contrasting experiences over ratings assigned by these agencies in relation to India and China in the last two years. The Modi government has maintained that the agencies have ignored the steady decline in India’s debt burden and fiscal strength in recent years.

India’s concerns over the methodology adopted by ratings agencies have been shared by other BRICS member countries, including Russia, China, South Africa and Brazil, prompting the multilateral body to set up an independent ratings agency based on market-oriented principles.

The idea of a BRICS ratings agency emerged during the 2015 BRICS summit in Ufa and was affirmed by the Goa Declaration at the eighth BRICS Summit.

BRICS has started engaging financial experts on a business model for the new ratings agency as well as what methodology it would adopt to rate itself and others.