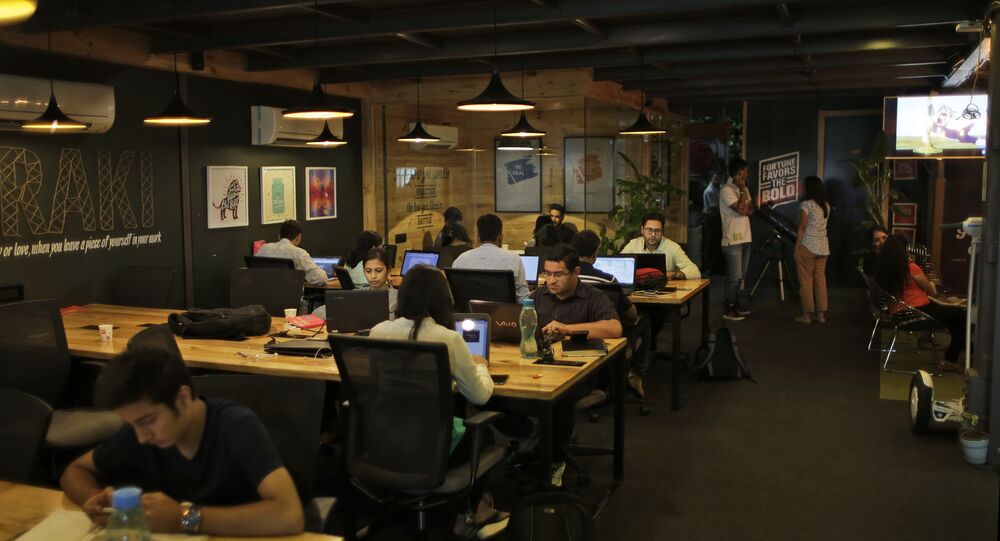 New Delhi (Sputnik) — The annual process of H-1B visa program opened on Monday, with the US government issuing fresh memos to limit hiring what it calls “cheap foreign technical workers” from India, China and other Asian countries.
Despite the tenor of the memos, Nasscom, the Indian IT industry’s representative body, said the H-1B visa crackdown won’t have much impact.

“The clarifying guidance should have little impact on Nasscom members as this has been the adjudicatory practice for years and also as several of our member executives have noted recently, they are applying for visas for higher-level professionals this year,” Nasscom said in a statement.

In a freshly issued guideline over the weekend, the US Citizenship and Immigration Services raised the qualification and experience bar for companies hiring foreign workers for specialized roles with onus on the sponsoring company to justify their skill sets for the job profile against an local worker.

Not only that, the Justice Department has warned the US companies to not “discriminate American workers” during hiring process and said will investigate such cases.

“The Justice Department will not tolerate employers misusing the H-1B visa process to discriminate against US workers,” PTI quoted Acting Assistant Attorney General Tom Wheeler of the Civil Rights Division.
The developments came just days ahead of the annual opening of H-1B visa process for the next fiscal year, beginning October 1, 2017.

Under the H-1B visa program, US companies are allowed to hire foreign workers on temporary contracts for specialized occupations. But the program has come under criticism from many US groups, including incumbent US President Donald Trump who made it a major poll issue, for its being misused to hire cheap foreign workers at the cost of US workers.

Should Death Penalty Stay or Should It Be Struck Down: India Asks States