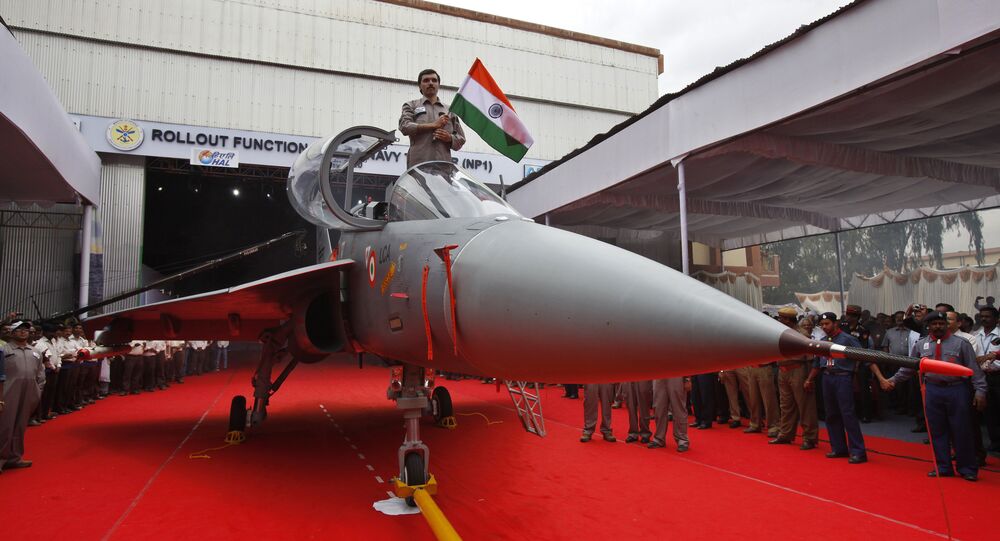 Hindustan Aeronautics Limited (HAL), the government of India-owned aircraft manufacturer, has achieved its highest ever turnover of $2.62 billion for the financial year ending March 31, 2017, with orders totaling $ 3.1 billion.

© AFP 2021 / Dibyangshu SARKAR
Indian Navy Pushes HAL for Unmanned Helicopters to Keep an Eye on China
New Delhi (Sputnik) –  Among its highlights of the year include orders of AL-31 FP engines for the Sukhoi 30 MKI, 12 Do-228 aircraft for the Indian Navy and 32 advanced light helicopters for the Navy and the Coast Guard which came to $ 3.1 billion, said an HAL statement.

The AL-31FP engines power advanced multipurpose Su-30 MKI fighters of the Fourth Plus generation. They ensure stable operation in all available versions of the aircraft in super maneuverability modes.

As far as production and overhauling goes this past year, HAL manufactured 12 Su-30 MKI aircraft in Phase-IV, 24 advanced light helicopters, 178 aero-structure parts and overhauled 197 fixed- and rotary-wing aircraft and 473 engines.

Till date, HAL has manufactured 183 Su-30MKI planes out of the 222 ordered. It expects to fulfill the order by 2020. India and Russia will upgrade the Su-30MKI planes with the Indian Air Force. Currently, India operates more than 230 Su-30MKI combat jets, including some planes delivered by Russia and largely manufactured in India under Russian license.

The company expects an ‘excellent’ MoU rating from the government as it has met all the relevant parameters related to its performance for the FY 2016-17. The Indian fiscal year runs from April 1 to March 31 the next year while it is January 1 to December 31 in Russia and elsewhere.