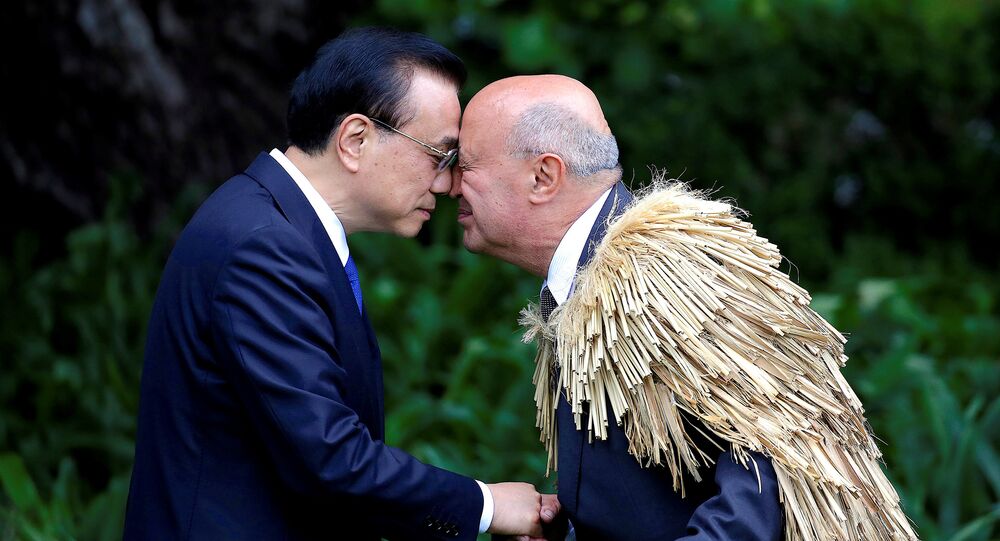 According to China Daily, New Zealand became the first developed 'Western' country to sign a memorandum of cooperation on the Belt and Road Initiative, a project to build a trade and infrastructure network that connects Asia with Europe and Africa stretching beyond the reaches of the ancient Silk Road trade routes.

China and New Zealand also confirmed the beginning of official talks later this month to upgrade their bilateral free trade agreement. Since the agreement came into to force in 2008, bilateral trade has tripled to $23 billion.

A Mutual Recognition Arrangement will ensure that border agencies in New Zealand and China recognize one another's trusted exporters, speeding up the customs process.

Wang Zhimin, director of the Center for Globalization and Modernization at China's Institute of Foreign Economics and Trade, told Sputnik that other countries should follow New Zealand's example in expanding trade ties with China.

"China and New Zealand have excellent economic and political links. After Xi Jinping's visit to the country in 2014, relations between the two countries were raised to the level of comprehensive strategic partnership. New Zealand can be called an example for the West in developing ties with China."

"The parties have a huge space for ties in trade, the economy, investment cooperation, education and climate change. The agreement signed on cooperation in the framework of the Silk Road will stimulate cooperation in these areas," Zhimin said.

"The economies of the two countries are closely interrelated. Within the framework of the Silk Road project, there is enormous potential for cooperation in production, this is the most important part of the entire project."

Seven New Free Trade Zones to Be Created in China

New Zealand Denies Allegations of Civilian Casualties in Afghanistan in 2010