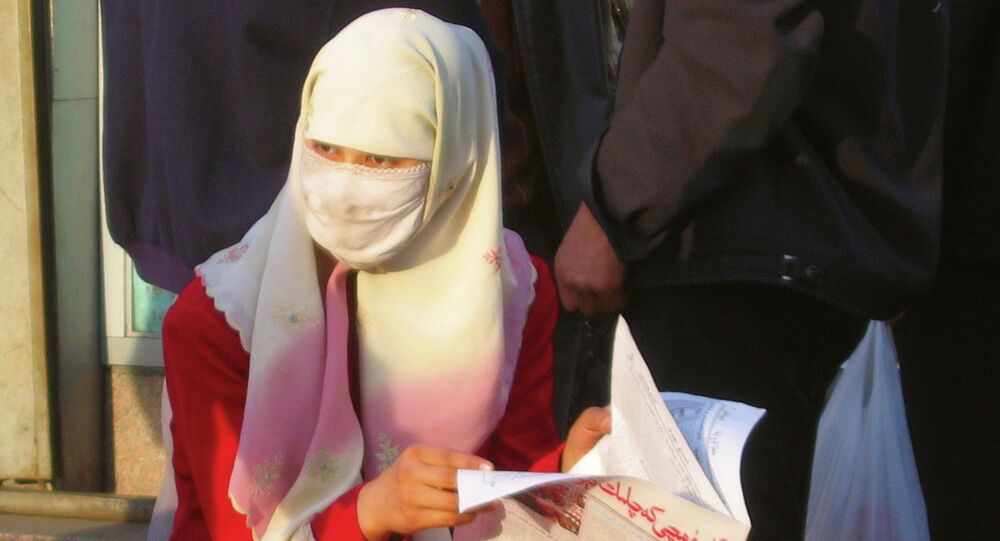 The Chinese authorities imposed 15 new restrictions, including banning burqas and veils, as well as "abnormal" beards, in Xinjiang Uyghur Autonomous Region in the northwest China, predominantly inhabited by Muslim population, as part of the fight against religious extremism, media reported Thursday.

MOSCOW (Sputnik) — According to the Independent newspaper, the new regulations for Xinjiang region with 10 million-strong ethic Uyghur population are set to enter into force on Saturday.

Under the new rules, the airport, railway stations and other public places' workers would have to prevent women with fully covered faces and bodies from entering and report them to police. The regulations would, in particular, prohibit the "abnormal growing of beards and naming of children to exaggerate religious fervor," rejecting radio, television and other public services.

The new restrictions, set to be introduced later this week, expand the list of already existing bans, imposed on the province in the framework of campaign against religious extremism.

The Uyghur ethnic group have been fleeing unrest in Xinjiang region arising from a 2015 ban on observing the rituals associated with the holy month of Ramadan, including worshiping and fasting. The province has seen anti-government insurgent violence, with at least 200 people having died in attacks allegedly carried out by Uyghur separatists over the past two years.