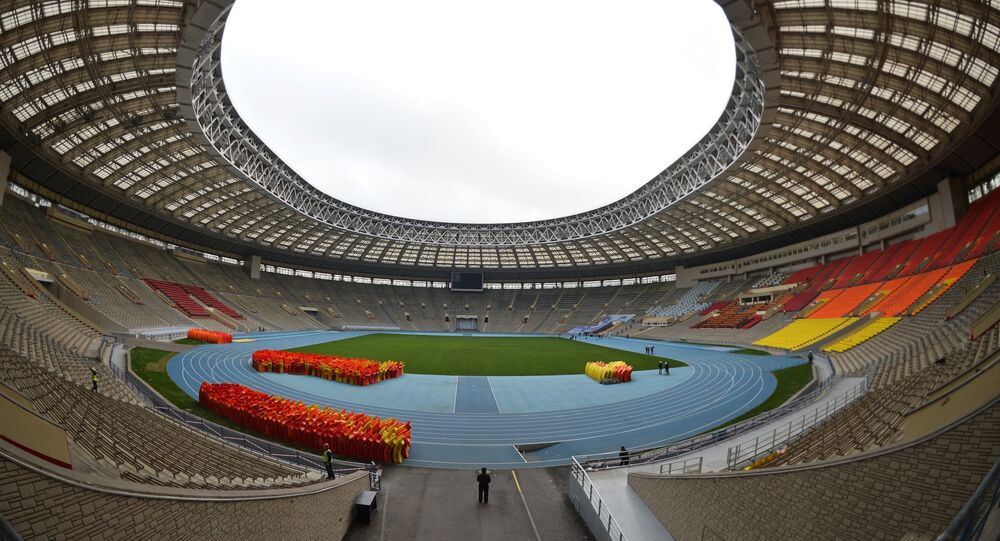 With the 2018 World Cup drawing nearer each day, Chinese football fans are already readying for a trip to Russia to enjoy football’s premiere event which happens once every four years.

A representative of Shankai Sports, China’s only authorized seller of tickets to the 2018 World Cup, told Sputnik that more than 100,000 Chinese aficionados plan to travel to Russia to watch the games with their own eyes.

In an interview with Sputnik China, the vice president of the China Football Fans Association of Team Dragon, Liu Lei, said that the CFFA plans to bring many Chinese football fans to Russia.

© AP Photo / Hassan Ammar
'Football-Crazy' China Set to Miss Out on Qualification for World Cup in Russia
“Russia is much closer to China than, say, South Africa or Brazil, the hosts of the two previous World Cups. That’s why we expect many Chinese fans to be there even if our team fails to make it into the final stage,” Liu Lei said.

Mentioning the Russia’s Hooligan Army documentary aired by the BBC in February, which many experts said put Russian football and Russian fans in a bad light, Liu Lei said that football hooligans are not limited to Russia alone.

“I don’t think that the Chinese fans with be either scared or worried about coming to Russia. And again, with the relations between our two countries being so good Russian football hooligans, if any, will hardly want to harm us. That’s why we have nothing to worry about,” he emphasized.

The 2018 FIFA World Cup will be held between June 14 and July 15 in 11 Russian cities, including Moscow, St. Petersburg, Kaliningrad, Rostov-on-Don, Sochi and Volgograd. According to the event's organizing committee, Russia will spend more than $10 billion on the football contest.