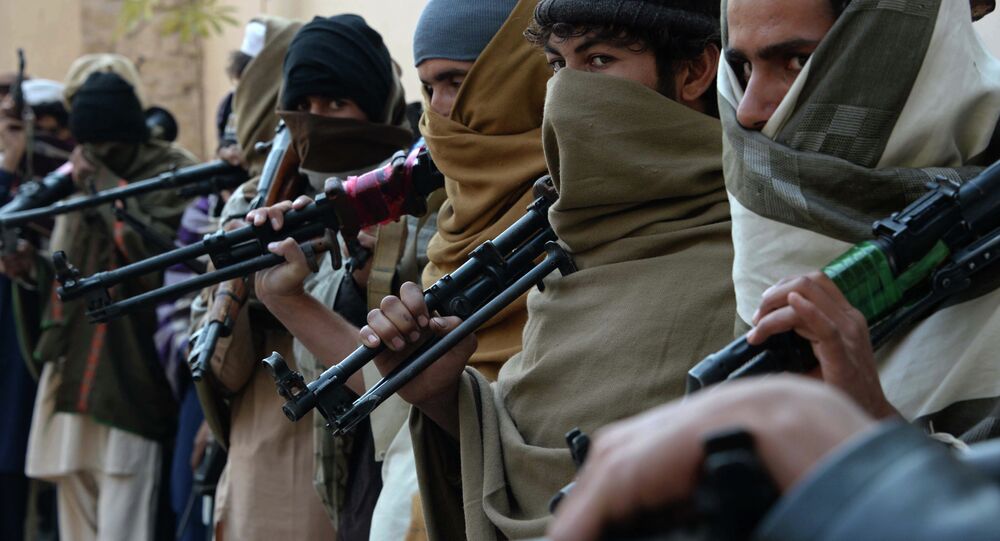 One of the Taliban terror group (banned in Russia) senior leaders, Nasir Ahmad, has been killed in a special operation in eastern Laghman province of Afghanistan, local media reported citing provincial governor’s spokesman.

MOSCOW (Sputnik) — Khaama news agency reported that Ahmad was involved in major roadside bombings and other terrorist related activities. This was the second attempt to kill or arrest Taliban senior in two months.

© AFP 2021 / Roberto Schmidt
US Sees 'Conflicting Accounts' on Security Situation in Afghanistan's Sangin
Earlier in March, another Taliban key leader Abdul Wali was eliminated during a fighting between the Afghan security forces and the terrorists in the same province.

Afghanistan is experiencing political, social and security instability, in particular, due to the activity of the Taliban that has been controlling a number of regions and settlements across the country. The radical group is taking steps to establish a strict Sharia law on the controlled territories.

The crisis in the country prompted the emergence of local cells of other extremist organizations such as Daesh, which is banned in many countries, including Russia.